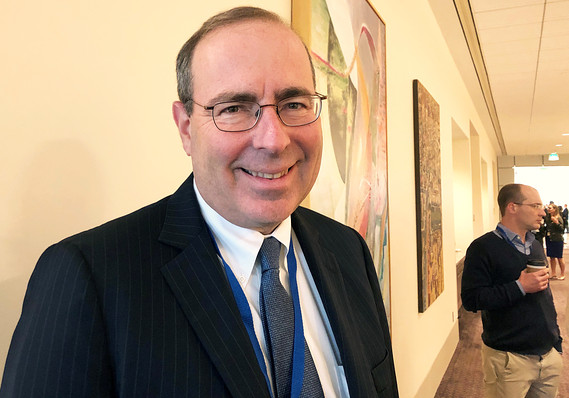 There is a risk that U.S. businesses could convince themselves that bad times are around the corner and actually cause a downturn, said Richmond Federal Reserve President Thomas Barkin on Tuesday.

Right now, firms are frustrated with political polarization and there is a high degree of uncertainty about the outlook for government policies, Barkin said in a speech to the Greater Baltimore Committee Economic Outlook Conference.

Businesses say they’re not scaling back yet but are reluctant to “double down,” he said.

“For these reasons, I don’t discount the idea that we could talk ourselves into a recession — particularly if the uncertainty begins to affect consumer confidence and spending,” he said.

Barkin said he didn’t think a recession was imminent. “There’s no evidence that we’re faltering.”

“In other words, as long as consumers keep spending, we will be in a good place,” he said.

Barkin had a 30-year career at international management consultancy McKinsey before joining the central bank in 2018. He will not be a voting member of the Fed’s interest-rate committee until 2021.

Barkin said he is “closely monitoring whether the recent ‘insurance’ the FOMC purchased will have its intended effect.”

The economy is giving “conflicting signals,” he said. A key question is how long uncertainty lasts.

“The recent headway made on trade negotiations may lessen our downside,as might the progress made in the Brexit negotiations,” he said.

At the same time, the bond market is pessimistic but the stock market is upbeat, he noted.

Stocks SPX, +0.37%   were set to open higher Tuesday on renewed optimism on a trade deal.