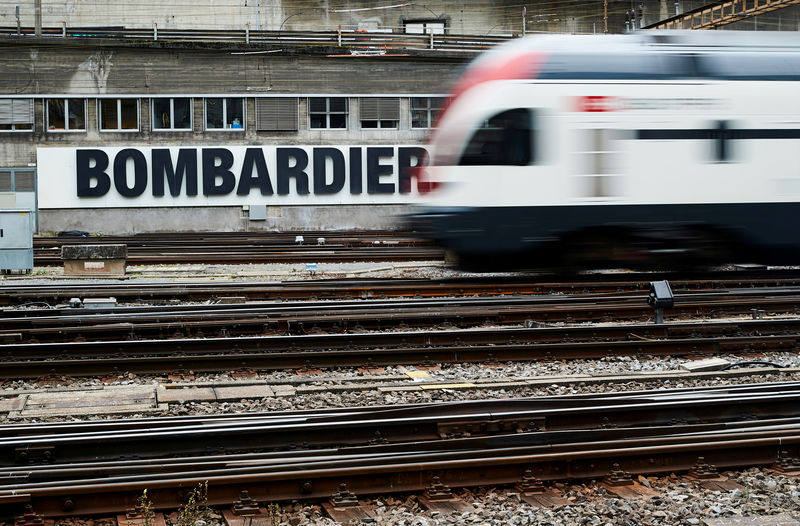 ZURICH (Reuters) – Bombardier (TO:) said on Wednesday it had alleviated technical problems that have held up deliveries of trains to Swiss Federal Railways (SBB) as the Canadian plane-and-train-maker aims to complete the long-delayed contract by mid-2021.

The company said the reliability of the 23 trains in operation had increased by a factor of seven in recent weeks and ride comfort had substantially improved thanks to new software.

Bombardier said last week it was on track to complete a handful of large rail contracts, including the Swiss order, that have weighed on margins as it restructures.

Bombardier and SBB had said in May they were making progress in resolving technical problems with the trains, with Bombardier’s chief executive telling analysts last week that the Swiss railways had 23 in service.

“Bombardier has now delivered a total of 25 of the FV-Dosto trains, which is in line with the defined delivery schedule. By summer 2021, the entire fleet of (62) trains will have been delivered,” the company said in a statement on Wednesday.

SBB awarded Bombardier the 1.9 billion Swiss franc ($1.91 billion), 59-train contract in 2010, but the first deliveries were made only in 2018. Amid problems, Bombardier agreed to add three more trains free of charge as compensation.

The Swiss contract for the trains calls for undisclosed penalty payments in the event of delays, but the SBB has not given any details so far.