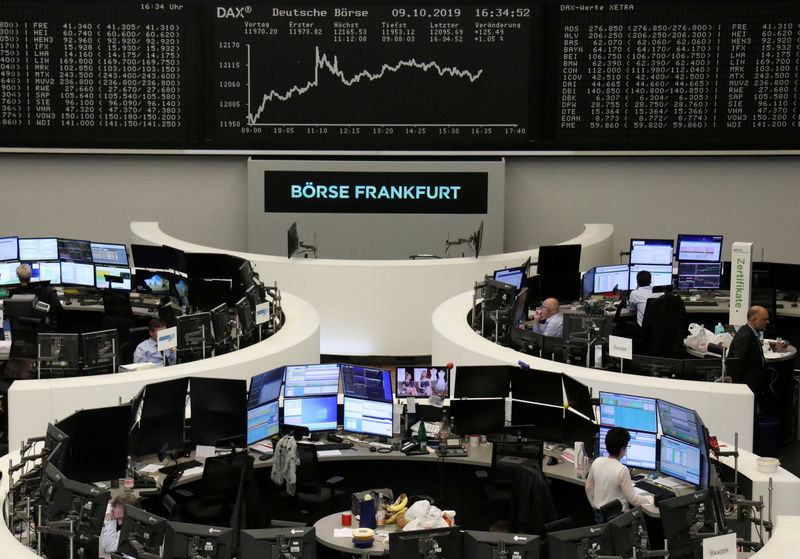 (Reuters) – European shares took a breather on Wednesday after closing at a four-year peak in the previous session, as a mixed bag of earnings reports and weak services sector data from the euro zone weighed on sentiment.

Societe Generale (PA:) shares rose 4.6% to a six-month high after the bank said it had set aside three-quarters of the cash needed to deliver a planned dividend payout this year.

The update helped power a 1% rise in bank stocks (), the most among the major European sub-sectors. The pan-European STOXX 600 index () struggled for direction after rising about 0.1% in early trading.

European shares have logged strong gains this week on growing optimism over a trade truce between the United States and China.

“There is a little bit of a holding pattern after the optimism we saw on the trade front and the effect is just slowly wearing off,” said Chris Beauchamp, chief market analyst at IG Group.

“There is also a nagging sense that maybe this market has moved too fast too quickly so we could just move lower on some short-term weakness.”

Swiss chocolate maker Barry Callebaut (S:) fell 4% after reporting a slowdown in its most recent quarter, while Italy’s postal service provider Poste Italiane (MI:) dropped 1.2% due to a lackluster performance of its mail and parcel business in the third quarter.