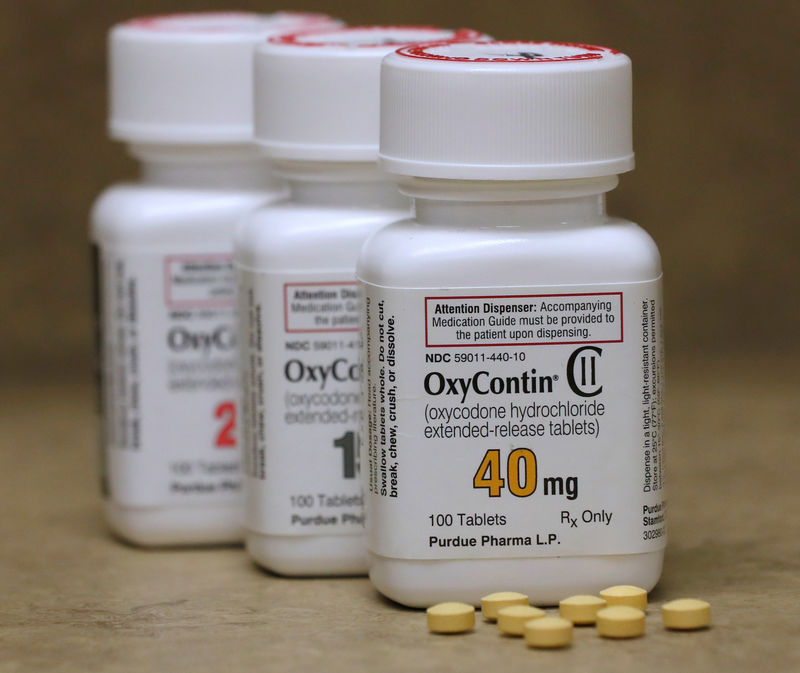 (Reuters) – Purdue Pharma LP and the company’s Sackler family owners will be shielded until April 8, 2020, from sprawling opioid litigation to give the maker of OxyContin time to try to reach a legal settlement the company says is worth $10 billion.

U.S. Bankruptcy Judge Robert Drain said on Wednesday he would approve an order extending a stay on more than 2,600 lawsuits that accuse Purdue and the Sacklers of fueling a crisis that contributed to 400,000 U.S. deaths between 1999 and 2017.

Drain, whose court is in White Plains, New York, ordered a brief stay of the litigation in October.

While the litigation is on hold, Purdue and the Sacklers committed to share information with the states, municipalities, Native American tribes, hospitals, individuals and others who have sued.

Purdue filed for bankruptcy in September to try to corral the parties to one court and build support for its proposed settlement, which will now be evaluated through the discovery process with the company and the Sacklers.

The bulk of the parties that have sued Purdue support the settlement, and the main opposition comes from about two dozen state attorneys general.

At Wednesday’s hearing, a lawyer for the official creditors committee said the billionaire Sackler family was being slow to respond to demands for financial records.

Drain warned that the family runs the risk of being exposed to litigation when his order expires if they do not cooperate.

Under the proposed deal, control of Purdue will be transferred to the parties suing it. The Sackler family will contribute at least $3 billion to the deal, and in return will be released from further lawsuits, the deal says.

The company has also committed to appointing an independent monitor during ongoing negotiations to ensure it ceased practices that allegedly contributed to the addiction crisis, such as promoting its drugs and rewarding sales teams.

In addition to Purdue, several manufacturers, distributors and pharmacy chains have been sued by the same groups over the opioid crisis.