Home
Stocks
Outside the Box: Roku remains a promising stock even after this year’s surge
Prev Article Next Article 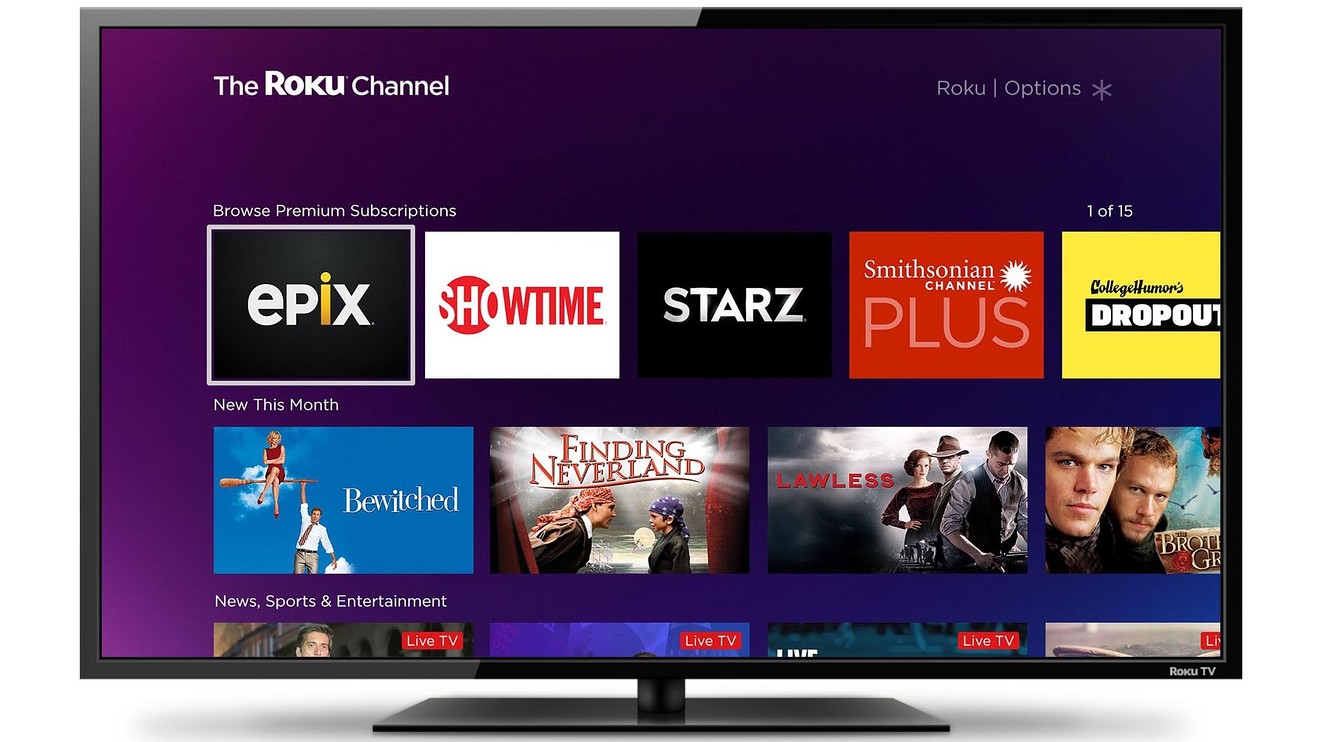 Roku is a company that has proven nearly every bearish prediction wrong with consistent revenue growth despite being surrounded by steep competition and tech heavyweights in over-the-top media.

Will Roku ROKU, -0.67% beat earnings? It doesn’t matter long term. Roku is the most promising company and most fairly valued pure play in the over-the-top space and will continually prove itself over time.

I said this when Roku was priced at $30, when it was priced at $60, and when it was priced again at $30 throughout the fourth quarter of 2018. During that selloff, I said the company would become a tech darling and predicted the stock would reach $100 in two years, which was bold to predict 200%-plus returns. The story had that much potential at the time and still does today.

Investors will, once again, overestimate Apple TV+ AAPL, -0.14%, Disney+ DIS, -1.11% and Peacock, the same way the market overestimated Google’s GOOG, +0.05% GOOGL, +0.14% YouTube, Amazon’s AMZN, -0.16% Prime, and Hulu. This proves the affinity investors have toward brands rather than technology. Yet it is the latter that drives growth in new markets.

Misunderstood competition is an edge for Roku investors

Roku has very little competition due to its agnostic positioning and operating system, low-cost hardware and free, ad-supported channels. The precision targeting Roku offers advertisers is hard to compete with as they have access to data across hundreds of applications in a privacy compliant manner.

These nuances are terribly important to understand in the crowded OTT space as it helps to have conviction when a stock drops 50% or more, yet then goes on to be the best-performing stock of the 712 stocks with a market capitalization over $10 billion in 2019.

Let’s break down what I mean by Roku having very little direct competition.

Roku does not compete with Disney+, Netflix NFLX, -1.65% or HBO Go because these are subscription services. Subscription video on demand (SVOD) is in a category of its own as the opportunity Roku is capitalizing on is Connected TV ads (CTV ads). Connected TV ads offer audience targeting on OTT streaming services.

Advertisers are paying a premium for CTV ads, which is Roku’s market. The distinction between supply is important, and one that Wall Street missed when discounting Roku as a long-term opportunity by labeling it a hardware company for its first couple of years as a publicly traded company.

Roku directly competes with Amazon and Hulu as they compete for Connected TV ad dollars. However, as the market is well aware, data is king as it allows for better targeting. Hulu has to barter data as it’s a single application without a platform or hardware (i.e. it shares and connects third-party data, including with Facebook FB, -0.21% ). Third-party data is always weaker targeting than first-party data and could be subject to privacy issues.

Discounting the hardware and taking a loss is an excellent strategy to maintain a moat on data for advertising. Both Amazon and Roku own the hardware, and at current prices, the hardware likely causes negative or very thin margins. This is similar to the razor-razor blade model, where you discount the razor to sell the razor blades for life.

This positions Amazon and Roku for first-party data across OTT applications. Anything data related is subject to privacy issues and antitrust issues. This is at the core of the controversy with Facebook and Google.

Roku is again set apart here, as the company only does OTT. The company does not share the data beyond the OTT player it owns. Amazon, however, is collecting data in a way that could come under antitrust scrutiny as it takes e-commerce data and broker this on the OTT player, which is anti-competitive with other ad exchanges.

Amazon is well aware of this, and is being proactive rather than reactive by opening up its demand side platform (DSP) to other competing DSPs such as The Trade Desk, a deal announced in July. On a side note, Facebook should learn from Amazon on how to be proactive as reputational damage is hard to shake.

Roku, however, does not need to worry about this as data never leaves the OTT hardware that it owns, where it has a first-party relationship.

Roku is a neutral, agnostic operating system that will benefit from there being more competition in the OTT space (yes, the market has this backwards — competition helps Roku).

While Google, Amazon and Apple battle not only with each other, but with many hardware manufacturers globally, Roku is able to remain cooperative. There have been many disputes, including conflicts between YouTube and Amazon, Apple and Amazon, Amazon Prime and Chrome and now Disney+ and Amazon.

We’ve also seen Apple offer its Apple TV+ app on Roku and Fire TV despite this cannibalizing its own Apple TV hardware. (This is a historical moment, by the way, to see Apple working outside its own ecosystem).

The evidence is clear that an agnostic vendor has an advantage, yet the opportunity is global. Roku is the most popular device in the Connected TV ecosystem with 35% of total market share, partly due to being the chosen operating system for many smart TV manufacturers (who prefer to not be polarized between Google or Amazon). The list right now includes TCL, Insignia, Sharp, Hisense, Hitachi, RCA and Philips. Roku’s free channel has also secured a partnership with Samsung.

Connected TV ads are ballooning because they combine audience data with the viewability and completion rates of linear television. Roku’s valuation at 17 price-to-sales seems high at first, yet the one-year forward price-to-sales is trading at 11 due to the forward growth opportunity in Connected TV ads.

For example, last November, video-first SSP Beachfront reported that ad requests for CTV had increased 1,640% in one year. Although this is only one company’s numbers, the opportunity is growing so rapidly that it’s hard to quantify. More astonishing is that Connected TV ads surpassed mobile last year for capturing the largest number of impressions and video completion rates.

Roku’s revenue growth will be exciting; however, the company is not likely to be profitable until 2021. According to analyst estimates, upcoming earnings are projected to be a loss of 28 cents per share on sales of $256.7 million.

We’ve already seen a few companies get crushed by the market if they have a small miss on earnings, which is the paradox for growing tech companies that often are penalized by investors for foregoing earnings to capture peak growth, only to be rewarded once it materializes into earnings. In other words, if Roku misses anytime in the next couple of years, it will be with EPS rather than revenue.

I also foresee the market abandoning Roku and many other solid tech stocks that aren’t profitable during value rotations. Investors did this with Netflix, Google, Apple, Microsoft and Amazon during 2009.

For anyone not in the stock, you should hope Roku misses somewhere in the earnings report to get a lower entry. For anyone in the stock, Roku traded just below the 78.6% retrace level, and met resistance. We see the $131-$127 region to be strong support, and below that level could open the door to lower prices. If Roku can break above $156, it will likely trade to all new highs. My premium site has guided many successful entries on this stock, including predictions around pullbacks and rallies.

Beth Kindig is a San Francisco-based technology analyst with more than a decade of experience in analyzing private and public technology companies. She owns Roku shares. Kindig publishes a free newsletter on tech stocks at Beth.Technology and runs a premium research service.