Home
Stocks
Outside the Box: Why a surtax on multimillionaires’ income is better than a wealth tax
Prev Article Next Article 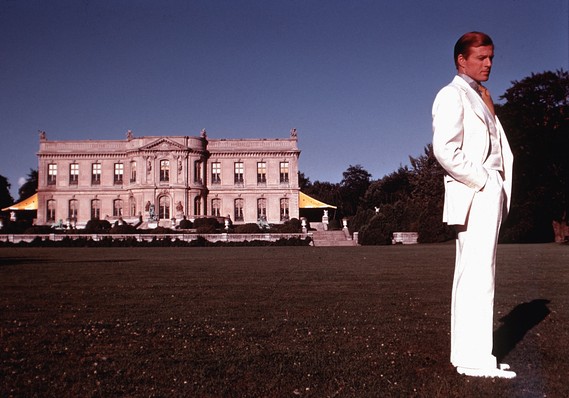 Some business leaders may be concerned about some of the tax proposals being floated by Democratic candidates for president. But plenty of them — from JPMorgan Chase JPM, +0.14%  CEO Jamie Dimon to Starbucks SBUX, +1.31%   founder Howard Schultz — agree that it’s time for wealthy people like them to pay more.

“I believe that individuals earning the most can afford to pay more, and I have no problem paying higher taxes to address some of the fundamental challenges and inequities in our society,” the billionaire banker Dimon told Fox Business.

“I should be paying more taxes,” Schultz agreed. “And people who make this kind of revenue, and are of means, should pay more taxes.”

Taxing the rich is popular

Still, Dimon, Schultz, and others have expressed concern about proposals like a new 70% top income tax rate, or Sen. Elizabeth Warren’s idea for a 2% annual tax on household wealth over $50 million. (Both ideas are widely popular, including among Republican voters, who recognize we’re living in a second Gilded Age of wealth inequality.)

The Forbes 400 now together own $3 trillion — more wealth than the country’s bottom 150 million households combined. Yet according to a recent analysis combining local, state, and federal tax obligations, these wealthiest 400 households pay a lower average effective tax rate than any other income group.

There is a pressing need for new revenue. With the Trump tax cuts sending budget deficits surging toward $1 trillion a year — and the urgent need for investments in public infrastructure, expanded health-care coverage, universal child care, and other initiatives — money will have to come from somewhere.

One way or another, changes to the tax system are coming. So it might be useful to identify the kind of tax proposal that should be first out of the box. Here are three criteria for a new tax initiative that could start meeting our needs right away.

• It would raise substantial revenue exclusively from multimillionaires and billionaires in the richest 0.2% — without accidentally or indirectly increasing taxes on the bottom 99.8%.

• It would be paid by the very wealthy who garner substantial revenue from capital gains — that is, from owning assets, rather than just working for a wage.

• It could actually pass in the immediate term and wouldn’t require several years to create a new tax regime, such as the wealth tax.

How it would work

Meet the millionaire surtax, a proposal introduced in the Senate this week by Democratic Sens. Chris van Hollen of Maryland and Sherrod Brown of Ohio.

The millionaire surtax is a 10% levy on households with adjusted gross incomes over $2 million that applies to both salary income and capital gains. It would raise an estimated $635 billion over the next 10 years, according to the nonpartisan Tax Policy Center. In 2020, it would hit about 329,000 households.

Unlike a wealth tax, which would require setting up a new system to assess and tax assets annually, the framework to levy a millionaire surtax is already in place. It would simply increase the existing income- and capital-gains-tax rate on those earning over $2 million by 10%.

An income surtax has been proposed on a number of occasions. In fact, a 3.8% surtax on net investment income is one of the ways that Congress financed Obamacare.

How do we know some wealthy people would support it?

For one thing, Democratic Rep. Don Beyer of Virginia, the idea’s lead sponsor in the House, is himself one of the wealthiest members of Congress, with wealth estimated at over $31 million from his successful auto dealerships.

Reversing extreme inequality in the U.S. will require a number of changes, including new taxes on the wealthy. We should also consider proposals such as an annual wealth tax, a progressive estate tax, and a broader income tax.

But one thing is certain: the first $1 trillion in new revenue should come from the multimillionaires and billionaires that have benefited the most from an economy tilted in favor of the richest 0.2%. Let’s move forward with a millionaire surtax as a potential unifying first initiative out of the gate.

Chuck Collins directs the program on inequality at the Institute for Policy Studies, where he edits Inequality.org. He is the author of numerous books on inequality and philanthropy, including “Born on Third Base.”