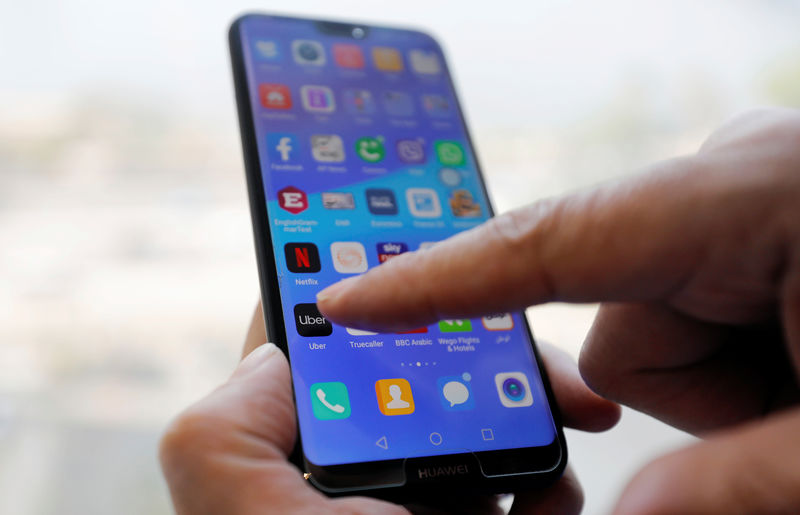 CAIRO (Reuters) – Competition in Egypt’s ride-hailing and tech-enabled transport market is heating up as rivals from global giant Uber (N:) to smaller local firms vie for a slice of the Middle East’s largest market.

Operators say there is a lot more room for growth. Egypt’s population will soon be swelling to 100 million. Taxis, minibuses, tuk-tuks and motorbikes shuttle passengers and deliveries through crowded, chaotic streets.

The biggest players are Careem and Uber, which had its IPO in May and posted a wider third-quarter loss on Monday as it tries to outspend competitors. The firms still operate separately despite their merger in March.

Egypt is among Uber’s top 10 markets globally, and is seen as a regional tech hub – start-ups such as digital payments firm Fawry (CA:) have set up shop in a tech park outside Cairo.

Uber has 900,000 active drivers in Egypt, operates in about half of Egypt’s 27 governorates, and is looking to expand next year to the resort town of Sharm el-Sheikh and southern Egypt, its Egypt General Manager, Ahmad Hammouda, told Reuters.

Both Uber and Careem introduced bus services late last year after the founding of local start-up Swvl, which runs buses along fixed routes via an app. Swvl has already expanded into Kenya and Pakistan.

Besides buses and passenger vehicles, Uber and Careem motorbikes also compete with Egyptian start-up Halan, which launched in November 2017 and operates in more than 20 Egyptian cities as well as Sudan’s capital, Khartoum.

Halan uses motorbikes to deliver food, tuk-tuks for passenger transport and cargo tricycles for goods. It has partnerships with fast food chains including McDonald’s, KFC and Pizza Hut in Egypt and is now targeting smaller restaurants.

It has around 10,000 active drivers, CEO Mounir Nakhla told Reuters.

Launched in June 2011 as a catalogue of menus from restaurants, Elmenus began delivering food via its platform late last year and is due to start using its own delivery vehicles this month, its founder, Amir Allam, told Reuters.

Glovo plans to invest 5 million euros ($5.54 million) in the country, where it says smartphone use is growing rapidly but just one quarter of deliveries are ordered online.

“There will come a time when somebody, or a couple of players, will dominate,” said Elmenus’ Allam. “But this is still a long way to go because the market is growing massively.”

Maged Dessouky, a transport expert at the University of Southern (NYSE:) California, said it was hard to predict who would prevail.

“Size matters, but size isn’t everything,” he said. “Of course, when we get to autonomous vehicles, it’s going to be very interesting. That’s going to change the equation completely.”

Despite the optimism around the sector, there are uncertainties. In September, Egypt’s parliament passed a law governing ride-hailing apps that will require them to keep data for six months and share it with the government when asked.

Earlier this year, Uber riders and drivers in Egypt faced technical difficulties with the Uber app, which two security sources said was linked to data-sharing disputes with the authorities.

Earlier this year, billboards sprang up across Cairo advertising ride-hailing firm Dubci, prompting speculation that Egypt’s powerful military, which has been expanding its business activities, was behind it.

The billboards have mostly disappeared, and news about Dubci has been scarce since the military denied ownership in July. Reuters could not reach the company.