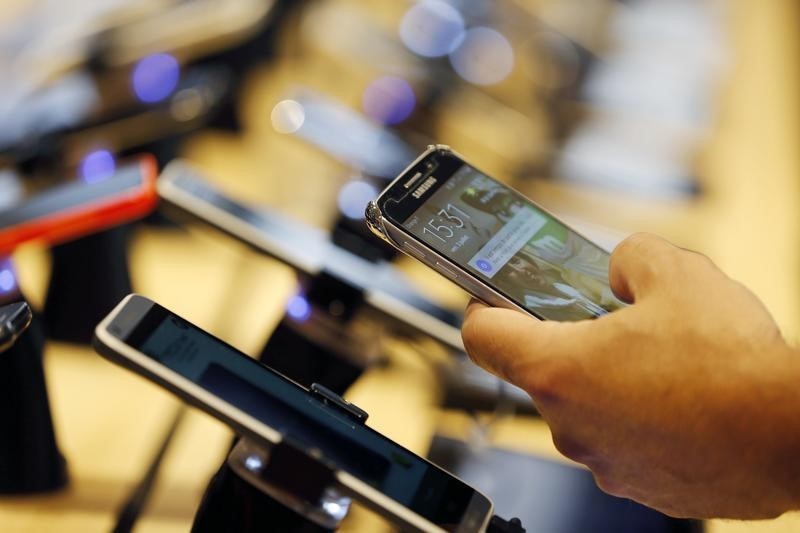 (Bloomberg) — A technology slump that has dogged Asia’s manufacturing economies is showing signs of bottoming.

That’s potentially good news for a region where exports of electronics goods on average account for around 30% of shipments, according to an estimate by ING Bank.

Asia is the world’s dominant producer of semiconductors, optical lenses, memory chips and display screens that are used in every day goods like smartphones and cameras.

A big fall off in tech sales has hurt economic growth and forced central banks and governments to respond by lowering interest rates and rolling out fiscal support.

Now, better demand for smartphones — global sales rose on a quarterly basis only for the first time in two years during the third quarter — is signaling a nascent recovery.

South Korea, the bellwether for global trade and home to some of the world’s biggest semiconductor, smartphone and display makers, is where the nascent recovery will be tested.

Samsung, which also dominates memory chips, said the inventory of dynamic random access memory — or DRAM, its biggest cash cow — would probably “normalize” in the first half of 2020 and prices for NAND rebound by the end of this year.

That outlook came as data showed chip inventories in South Korea fell the most in more than two years on a monthly basis in September. On a yearly basis, the inventory still went up, but the pace of rise slowed for two months in a row, the first back-to-back deceleration since last year.

“The bottom line is how quickly these chip inventories are cleared out,” said Mun Byung-ki, a researcher at the Korea International Trade Association in Seoul. “Demand for server DRAM has to come back even though there’s a clear recovery in NAND.”

Semiconductor prices are expected to bottom in the first quarter of next year, Barclays (LON:) Bank economist Angela Hsieh wrote in a Nov. 1 report. Citigroup Inc (NYSE:). economists Marie Kim and Jeeho Yoon also said in a Nov. 1 report that they were “cautiously monitoring to see a turn-around of the semiconductor cycle, and expect Korea’s semiconductor exports to turn positive in the second quarter next year.”

The game changer for tech exporters over coming years is the expected roll out of 5G, or fifth-generation mobile networks, that promise wireless transfers of data dozens times faster than conventional devices.

South Korea and the U.S. earlier this year rolled out commercial 5G networks, and China is trying to catch up by offering discounts to smartphone users that migrate to the nation’s own infrastructure.

Yet that roll out is sputtering due to heightened technology tensions between the U.S. and China.

“Upside prospects for this sector remain very limited unless 5G becomes more of a reality,” ING economists led by Rob Carnell wrote in a recent note. “And that is where the trade war is important, because while this still rages, 5G remains a distant prospect.”

Displays are another sector that serves as a barometer of tech demand. While liquid crystal displays — a flat-panel technology widely popular for low prices — continue to suffer in sales, organic light-emitting diodes have been gaining ground as the go-to screens for high-end devices such as the iPhone and LG OLED televisions.

“With an inventory glut having been worked off, there are tentative signs that Asia’s electronics export cycle is bottoming out,” according to Vincent Tsui, an analyst at Gavekal.