Home
Stocks
BookWatch: Turn yourself into a better investor by learning from hedge-fund star Jim Simons’s successes and failures
Prev Article Next Article

Jim Simons is the most successful money maker in the history of modern finance. Since 1988, his flagship Medallion hedge fund has scored average annual returns of 66% before charging investors hefty fees — and 39% after those fees.

Today, sophisticated trading firms around the world have embraced Simons’s mathematical, computer-oriented approach. So-called quantitative investors are the market’s largest players, controlling 31% of stock trading. Renaissance itself can have as many as 100,000 trades on at one time.

It’s almost impossible for individuals to trade like Simons and his colleagues, most of whom were university mathematicians and scientists. But there are lessons every investor can learn from Simons’s successes and failures — even those who trade using traditional techniques such as examining balance sheets, estimating corporate profits and predicting global economic shifts.

Investors need to avoid competing with Simons and his team. They enjoy unique advantages — better market data, computer firepower, talent, and trading and risk-management expertise than most others hedge funds, let alone individual investors. They generally do best during market panics, when investors dump shares in fear.

But Simons and his staff focus their computers on discovering overlooked, repeating, short-term patterns in the stock market. They generally hold shares for a couple of days, avoiding longer-term trades. Simons hasn’t been able to make similar profits with longer-term investing so he avoids it. That creates an opening for investors willing to hold shares for a year or longer, who don’t need to worry about facing off against Simons and his team.

Simons’s firm often does best during market panics, when investors dump shares in fear, or when there’s unusual volatility, such when stocks soar to unrealistic levels. Simons’s team likely takes advantage of the greed and fear of investors. Investors can profit doing what he does — avoiding panics, picking up stocks for cheap in sudden selloffs and keeping emotions in check, even during volatile markets.

Simons built an automated trading system because he couldn’t handle the market’s ups and downs.

The losses were “stomach-wrenching,” he told a friend amid early losses, when he was trading like most others. “There’s no rhyme or reason.”

Simons and his team achieved success by ignoring the sometimes-enticing stories spun by bankers, analysts and others, the kinds that have led to huge losses for even sophisticated investors in recent years on high-profile companies like Theranos and WeWork, which ran into trouble before reaching the stock market, and Uber UBER, +0.33%, which has disappointed investors after going public..

The Renaissance team views the narratives that most investors latch onto to explain price moves as quaint, even dangerous, because they breed misplaced confidence that an investment can be adequately understood and its futures divined. A Renaissance employee once said if it was up to him, stocks would have numbers attached to them, not names, so investors would be less likely to succumb to a story.

It’s a reminder to focus on a company’s actual earnings, revenues and cash flow, and not to succumb to rosy projections and predictions about the distant future. 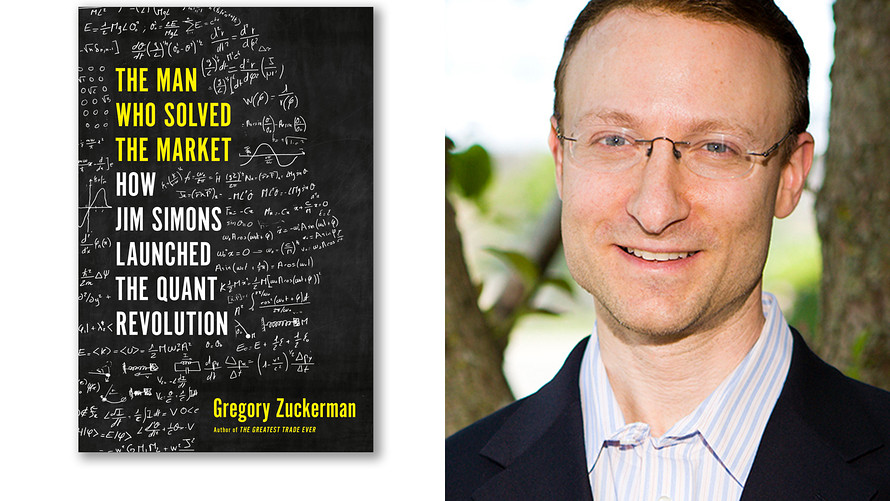 The gains Simons and his colleagues have achieved might suggest there are more inefficiencies in the market than most assume. In truth, there likely are fewer inefficiencies and opportunities for investors than generally presumed. For all their skill, the firm only profits on barely more than 50% of its trades, a sign of how challenging it is to try to beat the market.

The lesson: Pick your spots, and only invest in areas you have a competitive advantage, perhaps due to a unique industry expertise.

Another lesson of the Renaissance experience is that there are more factors and variables influencing financial markets and individual investments than most realize or can deduce. Investors tend to focus on the most basic forces, such as earnings, interest rates or short-ratios, but there are dozens of factors, perhaps whole dimensions of them, that are missed.

Simons’s team is aware of more of the forces that matter, along with the overlooked mathematical relationships that affect stock prices and other investments, than most anyone else. It’s a bit like how bees see a broad spectrum of colors in flowers, a rainbow that humans are oblivious to when staring at the same flora.

Simons developed a radical management style, too. He hired talented people without worrying what slots they might fill at his firm. He trusted he would find a useful role for them. Just as important, Simons created a collaborative culture in which employees share projects. Even junior employees can see — and improve — the company’s secret code, unlike most technology companies. And he pays staffers well and rewards even those who do more mundane, yet important tasks, such as making sure the firm’s data doesn’t have errors.

The rewards and respect given to staffers, even those focused on low-profit jobs crucial to the firm’s operations, ensure they stick and continue improving returns.

Gregory Zuckerman is a special writer with The Wall Street Journal and the author of “The Man Who Solved the Market: How Jim Simons Launched the Quant Revolution.”