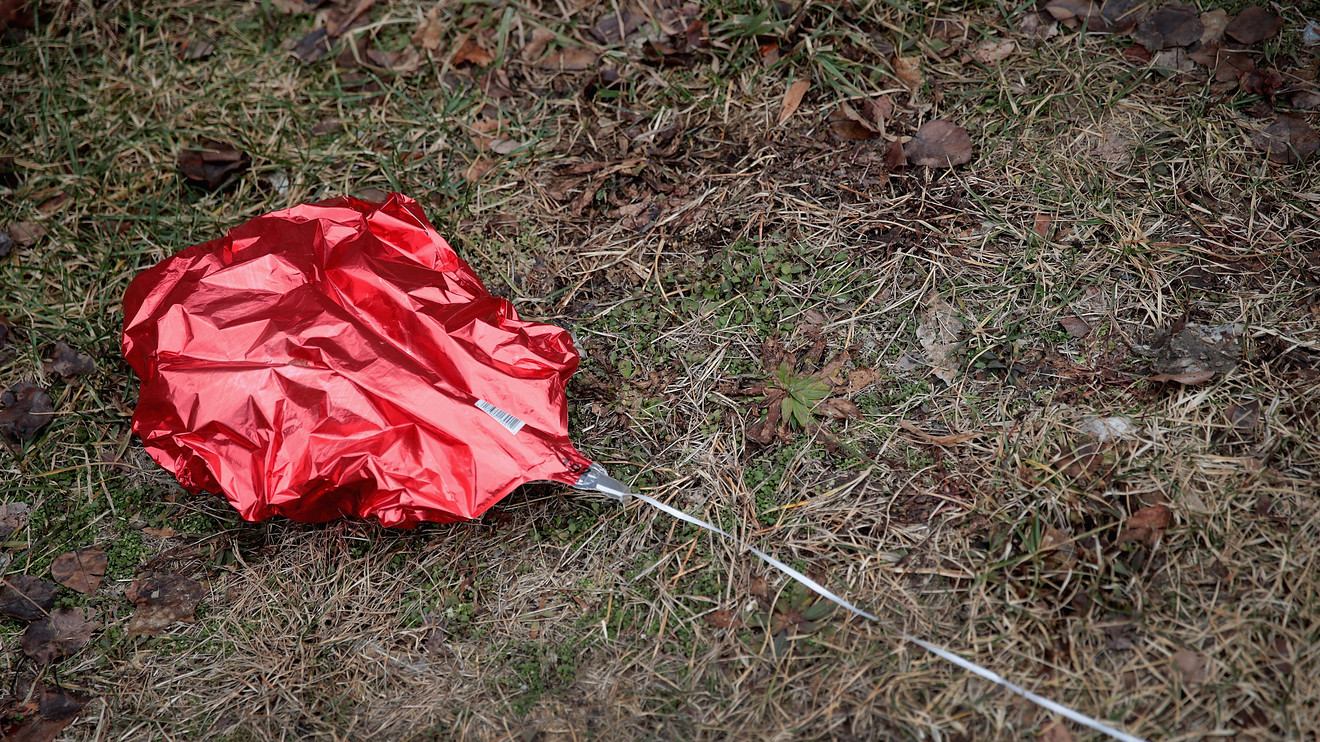 Shares of Party City Holdco Inc. lost more than half their value Thursday, after the party goods retailer reported a surprise third-quarter loss and slashed its full-year outlook, but it’s not just because of the helium shortage, which has lasted a year longer than originally expected.

The company also suffered from weak Halloween sales from higher freight costs as a result of Chinese tariffs.

Trading volume spiked up to over 23.8 million shares, which surpassed the previous volume record of 19.4 million shares on the day of the stock’s debut on April 15, 2015.

The company reported late Wednesday a net loss that widened to $39.7 million, or $3.02 a share, from a loss of $2 million, or 3 cents a share, in the same period a year ago. Excluding nonrecurring items, such as charges related to its store-optimization program, the company reported the adjusted loss per share was 28 cents, compared with the FactSet consensus of break-even.

Revenue fell 2.3% to $540.2 million, below the FactSet consensus of $551 million, as a 2.6% drop in branded same-store sales missed expectations of a 0.5% decline. The company blamed 2.1 percentage points of the same-store sales decline to headwinds from the helium shortage.

But it’s not just about helium, which the company continues to see as a temporary problem. Halloween product sales, for the quarter and the month of October combined, were 3.2% lower than last year; same-store sales for October alone fell 4.9%.

Same-store sales for the 256 temporary Halloween City stores, which was up from 239 stores last year, tumbled 20.8%, due primarily to weakness in the adult category given more and more costume sales are moving online.

“Our third quarter and October results were disappointing as many of the tailwinds that we expected failed to materialize,” said Chief Executive James Harrison. “In particular, the exceptionally better in-stock position for the Halloween selling season only produced minor increases in retail revenues early in the season.”

Harrison said the 2019 outlook includes “a significant impact from temporary headwinds,” like the helium shortages, and higher freight costs.

Helium shortages were first mentioned a year ago, in the third quarter 2018 earnings report. Harrison said back then in the post-earning conference call with analysts that he believed the “helium situation should resolve itself in the second half of the fourth quarter.”

At that time, Harrison played down the helium problem, saying it was “not as severe” as the shortages in 2012 and 2013. He said it seemed to be a “cyclical issue” that was being exacerbated by geopolitical events. The problem was that Qatar, which produces one-third of the world’s helium, was having “political issues” with Saudi Arabia, so it had to find new routes to market other than Saudi Arabian ports, and one of the new ports it found was hit by a typhoon.

As the helium problem continued, the company said in its first-quarter 2019 earnings report in May, that it found a new helium source, which Harrison said should allow the company to “return to normal levels of sales” in the balloon category.

On Thursday, results showed that the helium shortage continued to hurt the balloon businesses, but Harrison said he was “encouraged” that retail operations have approached a 100% in-stock helium position since the fourth quarter started. But then the company was hit with weak Halloween sales.

The company also said Thursday that gross profit margin decreased to 30.6% from 36.5% a year ago, including a 1.3 percentage point headwind from higher freight costs resulting from China tariffs. A year ago, Harrison said tariffs issued by the Trump administration was “not a serious headwind” for Party City’s business, “and in fact, may prove to be a slight tailwind.”