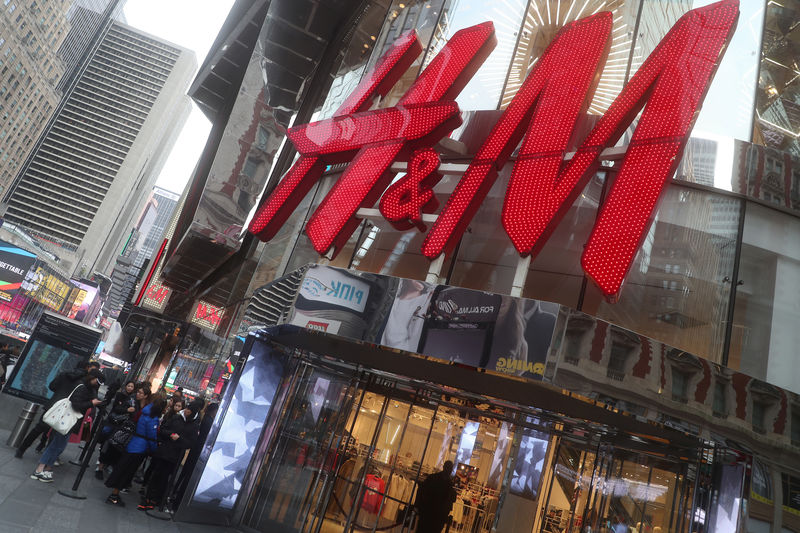 By Sonya Dowsett and Anna Ringstrom

MADRID/STOCKHOLM (Reuters) – As fast-fashion giant H&M (ST:) pushes more designer tie-ups, some consumers are eschewing the long lines outside stores to buy the looks in the fast-growing resale market.

H&M has released 15 designer and brand collaboration collections to date in 2019 compared to 11 in the whole of last year.

The latest is its collection of looks crafted in collaboration with Italian designer Giambattista Valli. Most pieces were sold out on H&M websites across Europe hours after launch on Thursday, including a ruffled red tulle evening gown priced at $549 and worn by model Kendall Jenner in H&M’s high-profile ad campaign.

But another marker for products’ desirability is the resale market online. H&M restricted the sale of the Giambattista Valli collection to one of each item to stop shoppers buying clothes to immediately resell.

“We are fundamentally positive about a secondhand market,” H&M Creative Designer Ann-Sofie Johansson, who works on designer alliances, told Reuters in an interview.

“It’s just when someone makes a business out of it that we don’t like it,” she said, referring to the practice of buying at the retail price and then flipping to make a profit, rather than selling pre-worn items at a later date.

A long pink silk dress from that collection sold for $475 in May, shortly after it went on sale in H&M stores at a retail price of $299, one Poshmark listing showed.

Meanwhile, a Giambattista Valli shift dress from the designer’s own ready-to-wear line is listed for less than $200 on California-based resale marketplace Tradesy – considerably less than the retail price of the H&M collaboration pieces – said Randi Eichenbaum, vice president of Tradesy product management.

On average, pieces from H&M collaborations sell 22 percent faster than pieces from brands’ main labels, said luxury resale platform The RealReal, although some alliances are more highly-sought-after than others.

Resale prices for H&M collaborations often start at or above H&M’s original retail price, according to Sasha Skoda, head of womenswear at The RealReal.

What is new is that the resale market has sky-rocketed. The second-hand market for apparel is expected to double in the next five years to $51 billion, according to data gathered for online thrift store thredUP.

While some retailers limit purchases in order to curtail reselling at a profit, resales are integral to how teens and twenty-somethings shop, especially for sneakers and streetwear.

Adidas (DE:) Chief Executive Officer Kasper Rorsted mentioned on Wednesday the fact that its recently-launched Blackburn Spezial shoe had sold for 50,000 euros ($55,225) on the resale market.

In a Stockholm H&M store at a pre-launch event on Wednesday, 20-year-old hotel worker Amel Zamouri said she had been aware of Giambattista Valli for some time and was excited to buy his designs at an affordable price.

“I am hooked on two gowns – the red one I tried on and the white one that has some ruffles on the shoulders and chest,” she said.