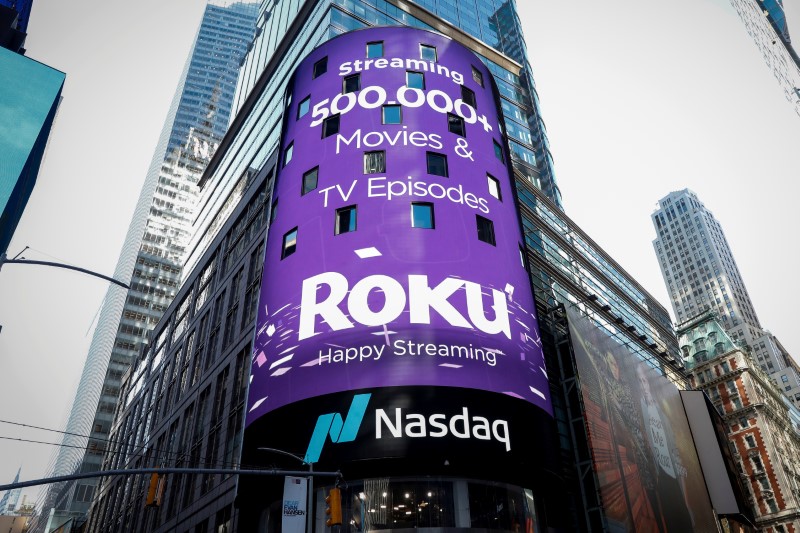 A major winner in the consumer shift away from cable television in favor of Netflix (O:) and other over-the-top services, Roku’s stock remains up over 300% this year, even after Thursday’s retreat.

Shares of the San Jose, California company, which reported a wider loss for the September quarter, are valued at an elevated 11 times revenue expected over the next 12 months, compared to a multiple of about 5 for streaming heavyweight Netflix, according to Refinitiv.

“We applaud management for driving substantial growth on a sound business model. However, we think shares are currently overvalued and expect volatility to persist,” Wedbush analyst Michael Pachter warned in a client note on Thursday, maintaining his neutral rating.

Roku reported a September-quarter net loss and revenue that were better than analysts on average expected, according to Refinitiv. It raised its revenue guidance while trimming its outlook for adjusted EBITDA.

Competition in the streaming market is increasing rapidly, with Walt Disney Co (N:) and Apple (O:) launching new services in November. AT&T Inc’s (N:) HBO Max and a new offering from Comcast Corp (O:) are expected to enter the market next year.

As the streaming video market has become more crowded, Roku has shifted its focus from device sales to advertising, which is now the company’s fastest-growing revenue stream.

Thirteen analysts recommend buying Roku’s stock, while four are neutral and two recommend selling, according to Refinitiv. The analysts’ median price target is $150, which is 20% above Roku’s current price of $125.