Home
Stocks
Beyond Meat is the plant-based meat leader now, but margins are at risk: UBS
Prev Article Next Article 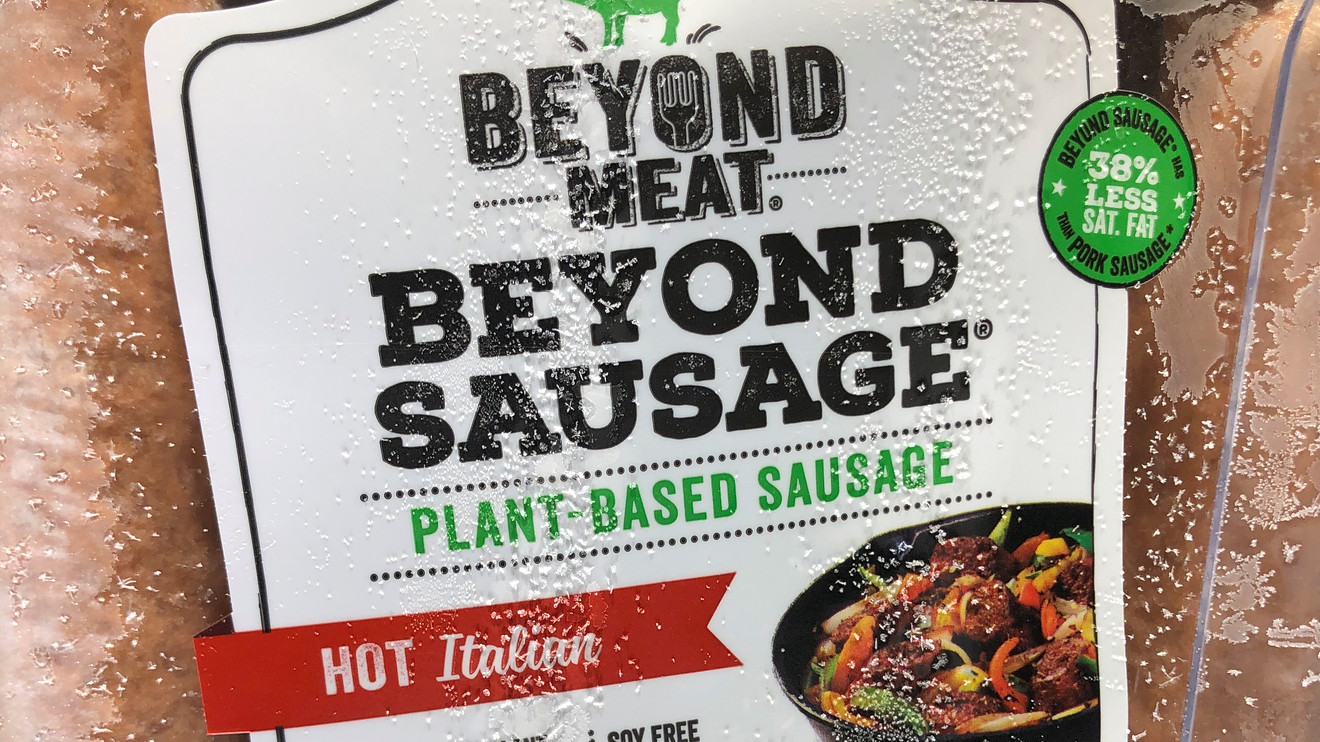 Beyond Meat Inc. is a leader in the rapidly growing plant-based meat space, but UBS analysts are concerns about margins, which could be at risk due to competition.

UBS initiated Beyond Meat BYND, +0.90%   at neutral with an $85 price target. Shares of Beyond Meat have lost more than 50% of their value in the past three months, with analysts saying the “stock valuation is full.”

“Beyond Meat is leading the charge to disrupt the $1 trillion-plus global animal meat industry,” UBS said.

“While we outline a robust revenue opportunity, we’re more cautious on Beyond Meat’s margin outlook as competition is intensifying, particularly from larger protein processors and packaged food peers who are likely to undercut Beyond Meat price points using excess capacity and a lower gross margin rate profile.”

CFRA’s Arun Sundaram wrote in a note that Impossible Foods’ Impossible Burger is favored by many who think it tastes better.

Kroger Co. KR, +0.20%  , just this week during its investor event, said it would introduce 58 plant-based items under its private label Simple Truth in 2020.

UBS estimates that Beyond Meat’s total addressable market for plant-based meat is about $1.2 trillion, with these products representing less than 1% share of the global market. In the U.S., the market is about $165 billion.

Thirty-six percent of respondents to a UBS survey said they have tried at least one plant-based meat product, a low figure, but of those that have tried, 57% make a repeat purchase.

UBS forecasts that Beyond Meat will reach $1.8 billion in sales by 2025, suggesting that the company will capture 13% of the U.S. plant-based meat market.