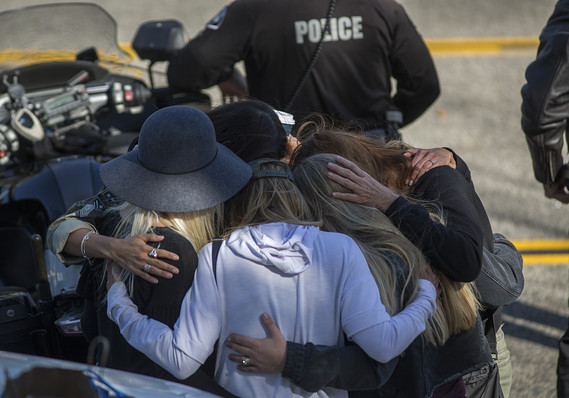 Even as Americans remain sharply divided on the issue of gun control, the trauma of mass shootings continues to haunt the public consciousness.

Academics have started to try to quantify the impact of mass shootings on mental health, student performance, electoral outcomes, and more. But a paper published in October may be the first to analyze the economics of mass shootings.

The research, by economists Abel Brodeur of the University of Ottawa and Hasin Yousaf of the University of New South Wales, has a straightforward message. “Our results suggest that the economic consequences of mass shootings are quite significant for targeted areas,” the authors wrote.

The findings come from a tally of 178 “successful” mass shootings from 2000 to 2015 in 136 counties. Brodeur and Yousaf contrast data about those incidents with outcomes from 114 “failed” mass shootings over the same period. (To be considered “successful,” a mass shooting must result in at least four deaths.)

Read: The financial and housing market rescue left many Americans behind

What is the impact?

Employment per capita decreases by about 1% immediately after a successful shooting, and by nearly 2% in the following year. “The effect persists for several years after the shooting and can be seen even three years after a successful mass shooting,” the authors wrote. “We do not see any significant difference in the employment per capita prior to the shooting, suggesting that mass shootings are not the outcome of a local recession.”

Per capita earnings decrease by around 1.4% in the immediate aftermath, an outcome that also persists for several years after the event. The number of business establishments decreases by 0.6% immediately afterward, and decreases further for up to three years.

All else equal, home prices decline about 3%.

As part of an analysis of which industries are most impacted by a shooting — that’s blue collar sectors like manufacturing, goods-producing, natural resources, and mining and construction — the authors noted that mass shootings “significantly decrease employment in the leisure and hospitality industry, suggesting that the number of tourists decreases following a successful incident.”

See: The rise of a few ‘superstar cities’ hobbles the job and housing markets

Brodeur and Yousaf also analyze the economic profiles of the perpetrators of mass shootings. Even though most such events take place in areas with greater economic activity relative to an average county, about 39% of successful mass shooters were in some kind of financial distress, such as having been fired or having a history of financial difficulties, at the time of the incident.

Perpetrators were disproportionately unemployed or out of the labor force: only 42% are employed or serving in the military at the time of the shooting, in comparison to 69% for male Americans aged 20–50. In shootings that take place in workplaces, only 21% of perpetrators are employed.

“These results suggest a possible role for job-market interventions aimed at high-risk individuals,” the authors wrote.