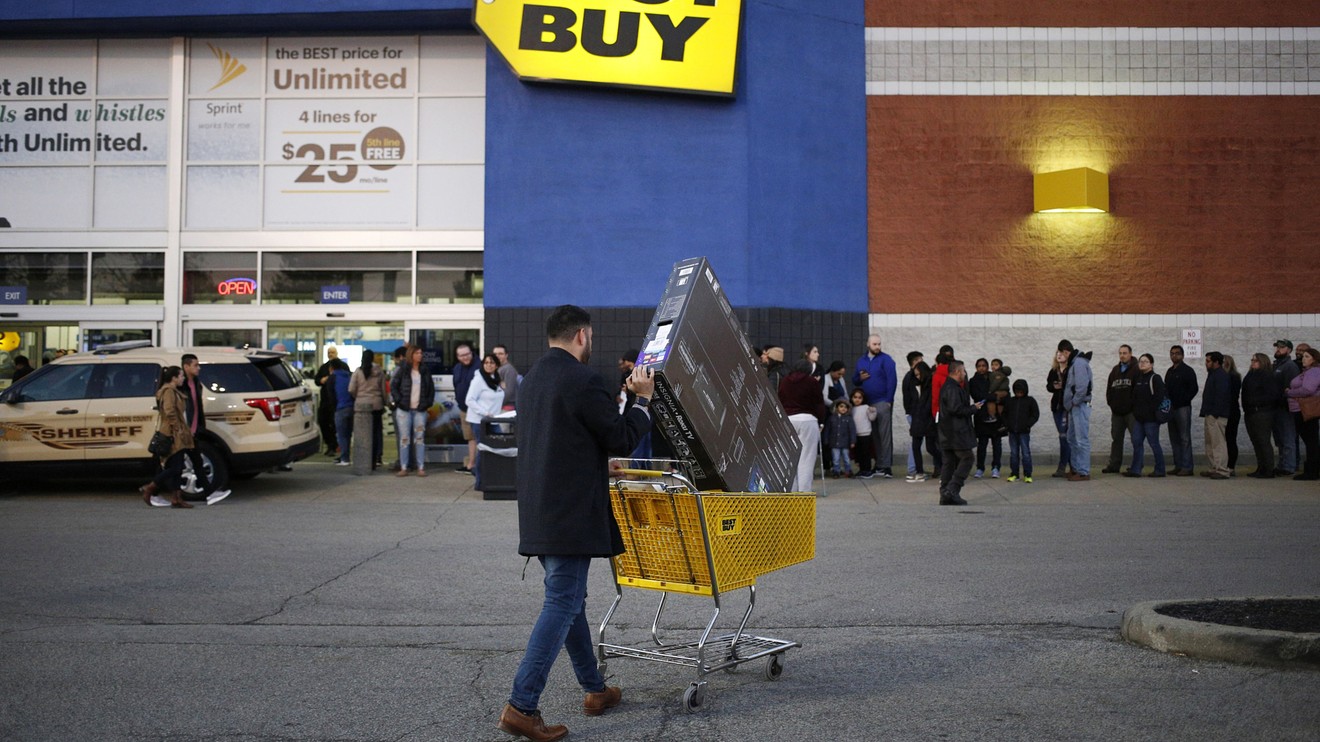 Black Friday competition seems to get fiercer each year. Practically every retailer has an enticing sale, which can make choosing where to shop difficult.

Department stores attract the most attention. They were the top shopping destinations over Thanksgiving weekend in 2018, according to a National Retail Federation survey. But if you neglect other kinds of retailers, you could miss out on big savings or a better holiday shopping experience.  Here are some of the best places to shop based on past sales and trends.

Last year, these retailers offered most of the deals online as well as in stores. Another advantage, Smith says, is that big-box stores tend to have more inventory than department stores.

“If you go in at 11 o’clock in the morning and you want to buy a particular sweater, more than likely at a department store it’s no longer available compared to going and shopping at a Walmart or Target at that time,” Smith says.

Shopping online boasts a few advantages: It’s quick and convenient, and you’re guaranteed to avoid store chaos. Amazon’s AMZN, -0.42%   sale covers dozens of categories, and Prime members get extra incentives, like exclusive offers and early access to deals. Plus, you can keep an eye on upcoming deals, so you know exactly when certain items go on sale.

Last year, Amazon released new discounts daily throughout Black Friday week. Expect a similar setup this year, with big savings on Amazon devices. In 2018, the Echo Plus speaker was marked down $40 and the Fire HD 10 tablet was $50 off.

Last year, CVS shoppers could get the 23andMe DNA kit, facial treatments and other items free after earning rewards points. Walgreens featured a handful of toys and gifts for 50% off.

At most drugstores, you’ll need a membership to take advantage of Black Friday prices. However, loyalty programs are free and easy to join.

Membership warehouses stand out for home electronics. (No, you don’t have to buy in bulk.) You can find competitive TV, camera, laptop, vacuum cleaner and cellphone deals, among others. If you’re a member at Sam’s Club, Costco COST, +1.21%   or BJ’s Wholesale Club, the Black Friday sales might be worth checking out.

Also read: This is why Americans have so much trouble saving money

For example, in 2018, Costco gave customers a $300 Costco Cash Card via online redemption with purchase of the Samsung Galaxy Note 9, S9 or S9 Plus phones.

Even if you don’t need to stock up on pens and paper, Staples, Office Depot ODP, +0.40%   and OfficeMax can be great places to shop on Black Friday. In past years, office supply stores have deeply discounted electronics, furniture and more.

Also read: Why you shouldn’t leave your couch on Black Friday

Black Friday markdowns at Dick’s Sporting Goods DKS, +1.10%  , Bass Pro Shops and other sporting goods retailers often rival those at big-box stores, especially if you’re looking to save money on activity trackers, outdoor gear and apparel. Last year, Big 5 Sporting Goods BGFV, -0.30%   offered 25% off select Nike NKE, +1.03%   apparel, plus early bird shoppers could get $10 in Bonus Bucks with a purchase of $10 or more.

Compare retailer ads as you decide where to shop. Smith recommends paying close attention to sale time frames so you don’t miss the window for the item you want. Take advantage of price matching, if retailers offer it, and look for stores with generous return policies.

Retailers like Walmart that extend return periods until after Christmas are ideal. That way, if a gift doesn’t work out, “You’re still within that time frame of being able to return everything and get your full money’s worth back or be able to exchange the value of the item for something else,” Smith says.