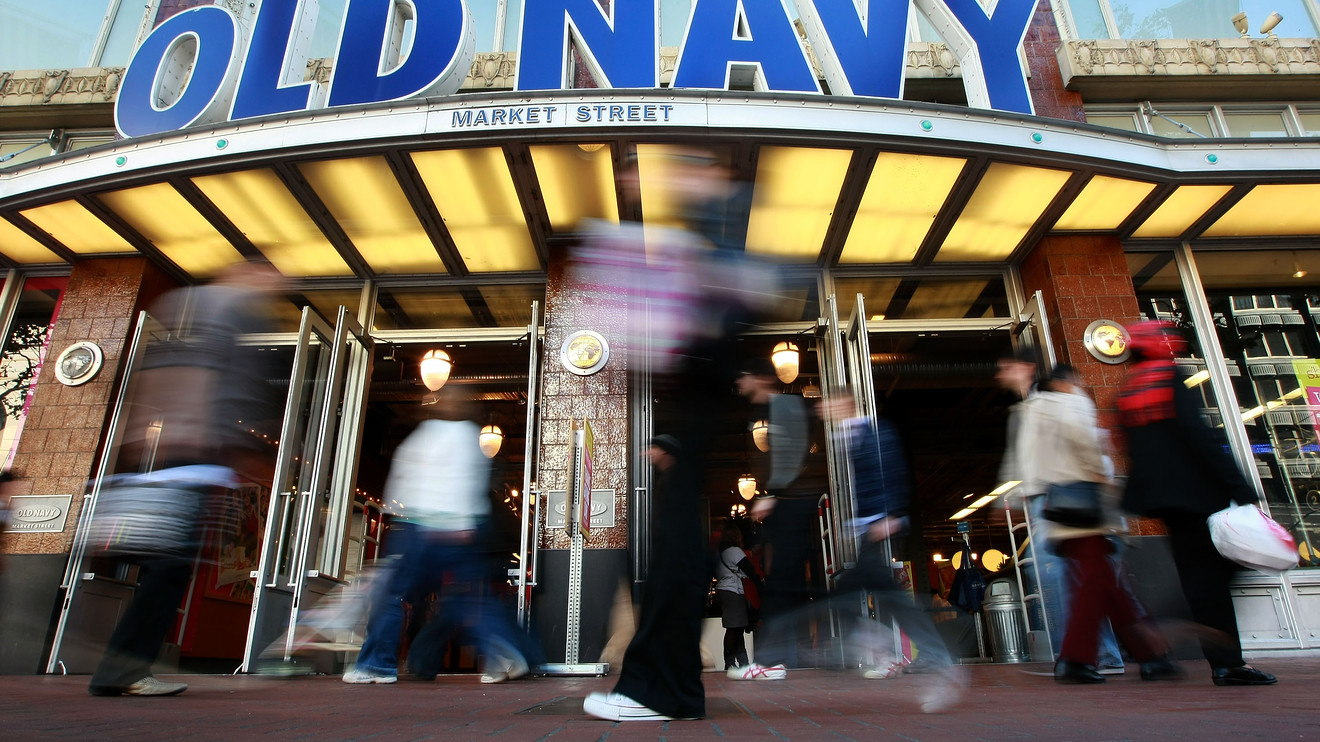 Gap Inc.’s plan to spin off its Old Navy brand may be derailed by the news that the company’s chief executive, Art Peck, is leaving the company, analysts say.

News of the departure, along with a third-quarter same-store sales decline and downward guidance revision, sent shares tumbling 9.2% in Friday premarket trading.

Peck will leave the company after a “brief transition.” Robert Fisher, non-executive chairman of the board, will serve as president and CEO in the interim.

“The curious issue at hand is Art Peck’s abrupt departure, given the timing of Old Navy’s spin off planned for 2020,” wrote Wedbush analysts led by Jen Redding. “Based on our conversations, we saw Art Peck as the advocate behind the spinoff (likely because he saw it as a way to extend his career at Gap), and his departure reduces visibility into the likelihood and timing of an Old Navy spinoff.”

When Gap made the announcement in March that it planned to split the company, shares soared more than 20%.

Wedbush rates Gap shares neutral and lowered its price target by $1 to $18.

“Specific to the spin, CFO List-Stoll emphasized the strategic reasons that Old Navy can perform better as a standalone company remain intact,” analysts said. “That said, management acknowledged that the Board will be together next week for its regularly scheduled meeting and Gap will report potential changes or updates on timing (currently expected in the first half of 2020) if there are any on the third-quarter earnings call slated for Nov. 21.”

Gap reported a third-quarter same-store sales decline of 4%, with the Gap banner down 7%, Banana Republic down 3% and Old Navy down 4%. Earnings per share are expected to be 34 to 36 cents, and adjusted EPS is forecast to be about 50 cents to 52 cents. The FactSet consensus is 51 cents.

See: Under Armour’s new CEO will have to bring back the excitement the brand has lost

“This was a challenging quarter, as macro impacts and slower traffic further pressured results that have been hampered by product and operating challenges across key brands,” List-Stoll said in a statement.

KeyBanc Capital Markets doesn’t think things will improve in the near term.

“We have always subscribed to the maxim that the best indicator of holiday performance is Q3,” analysts led by Edward Yruma wrote. “Against this framework, we think Gap is unlikely to have a good fourth quarter.”

Analysts are also concerned about the same-store sales outcome at Old Navy.

“All three banners posted disappointing comps, and we think weakness at Old Navy is particularly noteworthy given its impending separation,” KeyBanc said. “Despite potential long-term value creation via the impending separation, operational performance seems to present more opportunity for downside.”

Wedbush places the blame for Gap’s product deficiencies at the feet of Peck.

“Ultimately, we see Art Peck’s indifference to design and product as responsible for much of the current brand erosion,” analysts said. “In our view, the board now has an opportunity to revive Gap if it finds the right design-driven leader with a powerful vision to bring the brands back from the brink of fading permanently.