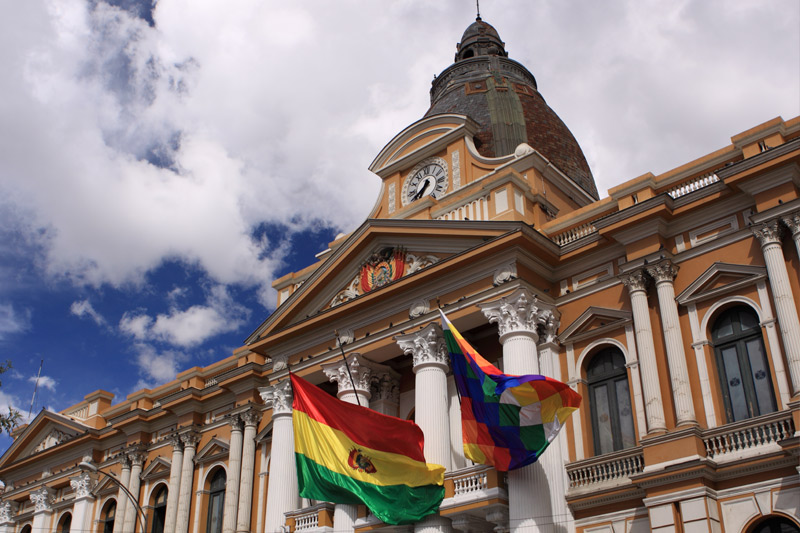 The asylum was granted due to “humanitarian reasons and by virtue of the emergency situation he faces in Bolivia, where his life and integrity are at risk,” Mexican Foreign Affairs Minister Marcelo Ebrard said at a news conference in Mexico City on Monday.

Mexico has asked Bolivia’s Foreign Ministry to ensure safe passage to the country under international law, he said, without giving details of when Morales would travel.

Bolivia is in chaos after a night of arson attacks and clashes. Morales quit Sunday following election irregularities that triggered weeks of violence and intervention from the armed forces.

Mexico, along with Venezuela, Cuba and Argentina’s president-elect, Alberto Fernandez, has called the military intervention a “coup.” U.S. President Donald Trump, in the meantime, applauded the armed forces for “abiding by its oath to protect not just a single person, but Bolivia’s constitution.”

The offer of asylum was originally made public by Ebrard via Twitter on Sunday night, saying that the Mexican government has received 20 Bolivian executive and legislative officials seeking asylum at the nation’s official residence in La Paz and would offer the same to Morales.

An Aymara Indian in a country historically ruled by a wealthier, white elite, Morales took power in 2006, the year that Lopez Obrador made the first of his two unsuccessful runs for the president before he finally won election last year. Morales was a champion for the poor and an icon of the region’s left.

Ebrard on Sunday had decried the military’s intervention to push Morales aside, saying it was reminiscent of Latin America’s bloody coups of the 20th century. On Monday, he again criticized the armed forces for interrupting Bolivia’s proper constitutional order.

Mexico has a long tradition of granting asylum to foreign leaders. The Shah of Iran, who fled during the revolution in 1979, took refuge in the resort city of Cuernavaca, with former U.S. President Richard Nixon coming to visit him. Soviet leader Leon Trotsky, who became an exile after clashing with Joseph Stalin, moved to Mexico in 1937 and was welcomed by leftist President Lazaro Cardenas, who is a hero for Lopez Obrador.

Morales said in a post on Twitter Monday that his house and his sister’s house were attacked, and that his ministers have received threats. Banks, supermarkets and government offices in the center of La Paz were closed following looting Sunday night, local media reported.

Morales was the lone survivor of the so-called pink tide of leftist leaders that reshaped the continent’s politics during the 2000s. Unlike his ally Nicolas Maduro in Venezuela, he presided over strong economic growth, rising incomes and falling poverty. But his democratic credentials were questioned after he ignored the result of a 2016 referendum on presidential term limits.