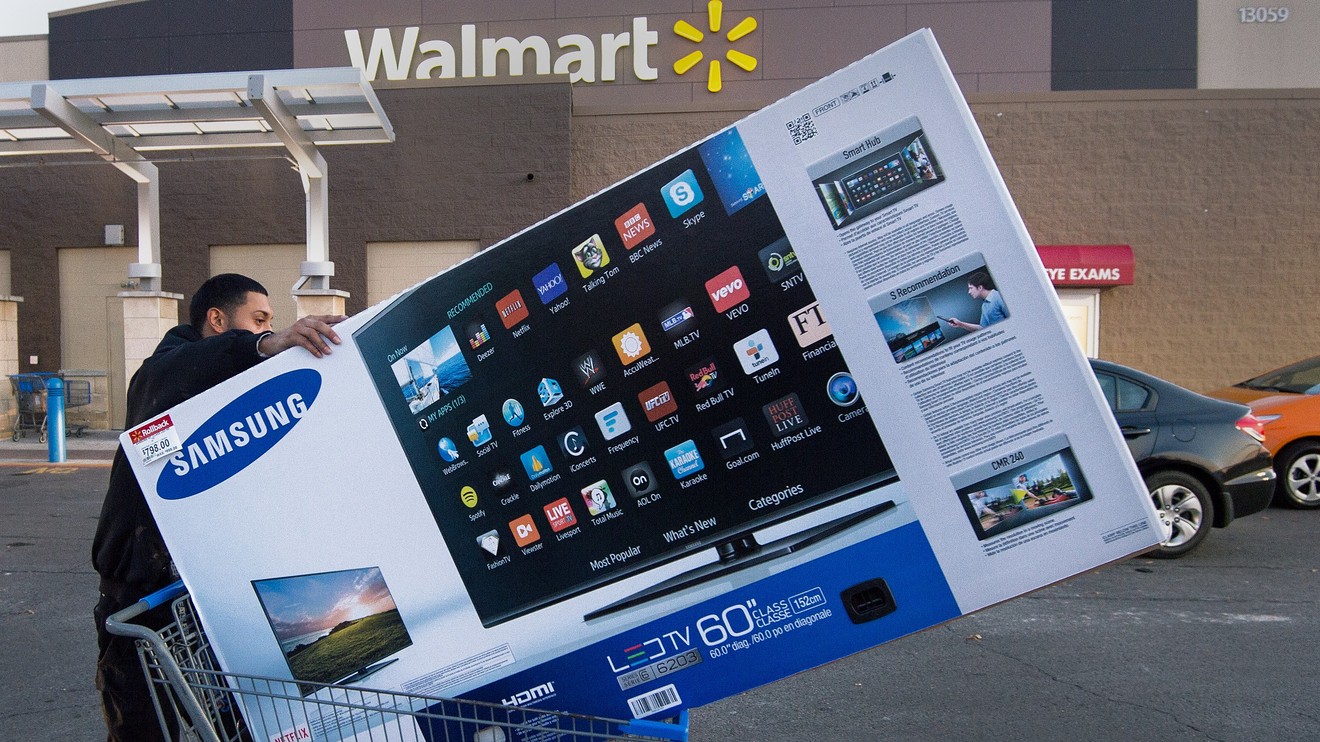 The quarter is about to hit its halfway point, but earnings season is already reaching the final stages.

Roughly 90% of companies in the S&P 500 index SPX, -0.19%  have reported after last week’s flood of earnings reports, and the earnings recession appears destined to continue into 2020. So far, earnings have declined 2.42% for S&P 500 companies, the worst performance yet in the third consecutive quarter of declines, and projections are for the final decline to come in very close to that number, at 2.36%.

More: The earnings recession is here, and expected to get worse

It is unlikely that number will swing appreciably this week, with only 16 S&P 500 components scheduled to report, But there are still some huge names remaining, especially in the retail sector. Walmart Inc. WMT, -0.57%  could provide some interesting color about the coming holiday season, which will be more truncated than last year, when it reports Thursday.

Walmart is one of two Dow Jones Industrial Average DJIA, +0.06%  components scheduled to report this week, joined by Cisco Systems Inc. CSCO, -1.01%  Cisco sparked fears of a tech-spending slowdown with its forecast for the quarter it is expected to report on Wednesday, so the actual numbers could provide a clearer picture of the overall environment. The same dynamic exists when Nvidia Corp. NVDA, +0.39%  reports Thursday, after mixed signals from results in the rest of the semiconductor sector.

Outside of the major indexes, there will be a huge crop of earnings from Canadian cannabis companies, as the deadline for companies with quarters ending at the end of September arrives.

Here’s what to expect.

With Thanksgiving falling on the latest possible day this year, retailers like Walmart will have to get creative, as they’re dealing with six fewer shopping days between Thanksgiving and Christmas than consumers had a year ago. Strategies for the holidays will be a big theme in the report, as will newer efforts to make shopping more convenient. Cowen & Co. analysts are especially interested to hear about the company’s recent traction with curbside-pickup options.

Walmart’s results will likely color expectations for a larger wave of retailers expected to report next week, including Target Corp. TGT, -0.08%  and Home Depot Inc. HD, -0.50%

Cisco faces low expectations heading into its Wednesday afternoon report, amid concerns about the tech spending landscape. The company’s earnings will come a few days after smaller peer Arista Networks Inc. ANET, -0.69%  saw its stock tank upon disclosure of a “sudden and severe” slowdown in cloud spending. Cisco’s report will show how much of Arista’s pain was company specific and whether Cisco’s broad array of offerings makes the company more insulated to macroeconomic turbulence. Management had a rather downbeat view of the spending environment last time around.

Full Cisco preview: Fears of a tech-spending slowdown face one of their biggest tests

Nvidia’s forecast will be closely watched, as investors still appear to believe that a turnaround for the beleaguered chip sector should begin to appear around the new year. Nvidia’s quarterly cadence is a bit behind other chip makers like rival Advanced Micro Devices Inc. AMD, +0.40%, so the results and guidance should give a slightly advanced view to the results shared by other semiconductor companies earlier in the quarter.

Full Nvidia preview: When will a new product for the data center arrive?

Pot stocks have been getting smoked

Cannabis companies’ stocks were raging at the end of 2018, as recreational legalization in Canada promised potential for huge growth in the legal-weed industry. But those expectations, and the companies’ valuations, have crashed back to earth in 2019 as promises of profit and gigantic revenue totals have largely failed to come to fruition so far.

This week, the companies are expected to show off their latest results — which aren’t likely to be much better — while issuing some new promises. With the anniversary of Canadian legalization, the pathway to legal edibles and vapes have some companies once again promising huge returns in the near future, though expect a little more caution this time around.

Four of the biggest names in cannabis — Aurora Cannabis Inc. ACB, -4.59%, Canopy Growth Corp. CGC, -4.47% WEED, -4.66%, Cronos Group Inc. CRON, -4.17%  and Tilray Inc. TLRY, -5.38%  — will report this week, along with other Canadian cannabis producers and some American multistate operators, as they attempt to beat the deadline for getting their results in.

• There are potentially large catalysts ahead for Tyson Foods Inc. TSN, +0.10%, including a potential lift of the Chinese import ban on U.S. poultry, but the company first has to work through some of its own business challenges. Bernstein analysts point to slower-than-anticipated turnaround of the company’s chicken business and a fire at a beef plant in August, both of which prompted Tyson’s management to deliver a gloomier outlook two months back. The company reports Tuesday morning.

• Both halves of a big pending media deal are set to report, with CBS Corp. CBS, +2.09%  scheduled to post results Tuesday morning and Viacom Inc. VIAB, +2.09%  on deck before the opening bell on Thursday. The results are likely to be an afterthought as investors look ahead to how the combined company may fare in an evolving media landscape. Look for commentary from CBS’s management on content spending and the company’s positioning as new entrants cloud the field.