Home
Stocks
Singles Day — the Prime Day, or even Black Friday, of China — is driving billions in sales for Alibaba and JD.com
Prev Article Next Article

Shoppers in the U.S. might be waiting for Thanksgiving and Black Friday to shop for the year’s best deals, but shoppers across China have already spent billions on Monday, better known as Singles Day, the busiest online shopping day of the year.

Created in the 1990s by single college students who didn’t have dates for Valentine’s Day, Alibaba Group Holding Ltd. BABA, -1.14% launched its version of the shopping bonanza in 2009 with 27 merchants. This year, more than 200,000 brands are participating, the company said.

Among them, Mondelez International Inc. MDLZ, +0.19%  , which is selling a mini–Oreo cookie made with fruit and nuts, and San Francisco–based Allbirds, the trendy maker of sustainable shoes, which is joining the event for the first time.

See: How to get up to 20% cash back from retailers like Home Depot, Macy’s and Amazon Thursday 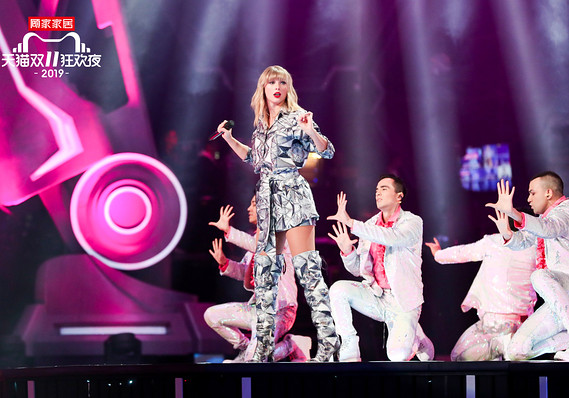 Other online retailers have latched on to the date, driving awareness and sales for the event as a whole.

Together, Alibaba and JD.com Inc. JD, +0.56%  rang up nearly $60 billion in sales just partway through the shopping day.

Other notable online shopping days around the world include Amazon.com Inc.’s AMZN, -0.83%   Prime Day and Big Billions Days, a multiday shopping event in India hosted by Flipkart. Walmart Inc. WMT, -0.44% has a 77% stake in Flipkart.

Amazon doesn’t release sales numbers for Prime Day but said that this year’s event, which spanned two days, was the biggest shopping event in the company’s history.

“[D]espite improving profitability at most e-commerce platforms, promotion intensity should increase around 11/11,” wrote UBS analysts in a Nov. 4 note.

“We believe Alibaba will respond to the competition, and be aggressive where it sees an opportunity or threat. This should not be a surprise, and in fact Alibaba already spent more in the September quarter.”

UBS has a buy rating on Alibaba’s stock with a $235 price target.

With the latest news from the White House implying that a trade deal between the U.S. and China may be a ways off, there had been concerns about shoppers’ willingness to spend freely in both countries for the remainder of the year.

However, forecasts for the U.S. holiday shopping season have been bullish, with Adobe Analytics expecting online sales to exceed $1 billion every day in November and December.

Don’t miss: ‘Merry Coffee’ is the best Starbucks could come up with for its holiday cups?

“This new record spend is a good sign that Chinese consumers are willing to spend money despite the ongoing trade war fear,” Magoon said. “Also initial data shows U.S. brands were not penalized by consumers due to ongoing trade drama between the two countries.”