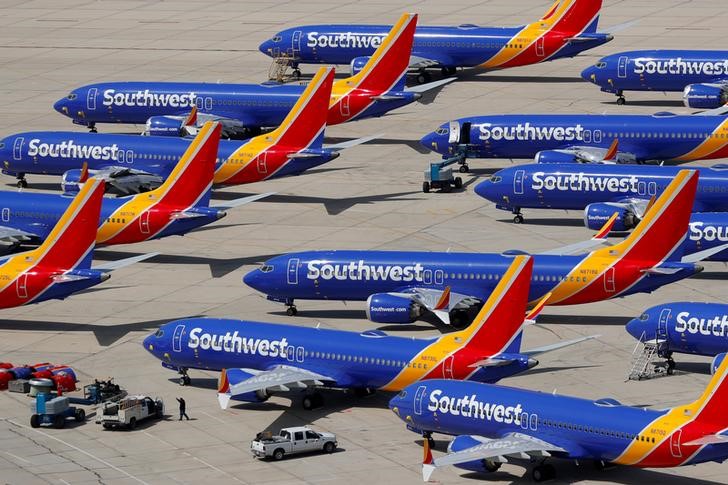 WASHINGTON (Reuters) – Southwest Airlines Co (N:) said Monday it will complete inspections on 38 737 airplanes it acquired from foreign air carriers by Jan. 31 that may not meet all U.S. aviation safety requirements.

The planes are part of 88 pre-owned Boeing (N:) 737 aircraft Southwest bought between 2013 and 2017 from 16 foreign carriers. The speedier checks come after inspections of 39 used planes turned up previously undisclosed repairs and incorrectly completed fixes. Southwest used multiple contractors to conduct the reviews of the planes’ maintenance records when they bought the planes.

“We have a plan in place to inspect the 47 remaining aircraft, nine of which are currently in heavy checks, no later than January 31, 2020 – five months earlier than the original FAA accepted completion date of July 1,” Southwest said in a statement on Monday.

Southwest said its inspections to date “did not stem from any suspected safety concerns with the aircraft.” It added its “continuous assessment of the ongoing inspections has revealed nothing to warrant the expedited timeline” but will meet it nevertheless.

In 2018, Southwest agreed to conduct a complete physical inspection on each of these pre-owned aircraft over a two-year period after a Federal Aviation Administration (FAA) safety inspector in May 2018 discovered discrepancies in records for some of 88 aircraft.

Since then, Southwest said it has completed the nose-to-tail inspection of 41 aircraft without any findings that suggested an “adverse impact on continued safe operation.”

An Oct. 24 memo from H. Clayton Foushee, director of the FAA Audit and Evaluation Office, made public on Monday said the Southwest inspections turned up at least 30 previously unknown repairs and 42 major repairs that were found “not to meet FAA airworthiness requirements.” Some required “immediate corrective action to bring the aircraft back into compliance.”

The memo added “the data collected to date would indicate that a majority of” the planes to be inspected do not meet FAA airworthiness requirements.

The U.S. Senate Commerce Committee noted on Monday that the 2018 discovery prompted a full records review by Southwest Airlines of all 88 aircraft that found 360 major repairs previously unknown to the airline because they were not disclosed in the contractors’ initial review.

Foushee’s memo said Southwest grounded 34 planes in November 2018 for inspections. The committee said as a result some planes were grounded “for immediate maintenance to bring them into regulatory compliance as a result of these newly discovered prior major repairs.”

The FAA then sent an Oct. 29 letter to Southwest seeking additional information about the uninspected planes and questioned whether they suffered specific damage items. It also raised concerns about Southwest’s “slow pace in completing the evaluation of aircraft.”

Senate Commerce Committee Chairman Roger Wicker said in an Oct. 30 letter to the FAA that its concerns about Southwest’s used planes correspond “to concerns that have been brought to my attention by whistleblowers as part of my investigation into aviation safety.”

The committee said the FAA allowed Southwest to continue to operate these aircraft and as a result “Southwest Airlines appears to have operated aircraft in unknown airworthiness conditions for thousands of flights.”

The FAA said Monday that after receiving Southwest’s response it determined the airline has “met the requirements for immediate inspection and risk assessments on these aircraft.”

The FAA added it “is requiring more frequent updates on the progress of completing all the requirements.”