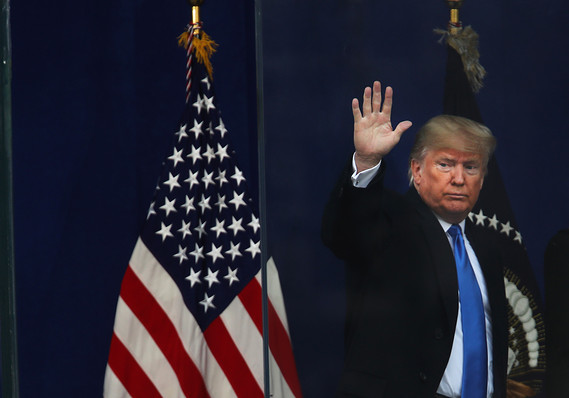 President Donald Trump waves as he attends the opening ceremony of the Veterans Day in Manhattan.

President Donald Trump on Monday announced a meeting with vaping industry representatives, as he honored veterans at a parade in New York.

Trump said via Twitter that he would meet with vaping-industry officials, as well as medical professionals, “to come up with an acceptable solution to the Vaping and E-cigarette dilemma.”

“Children’s health & safety, together with jobs, will be a focus!” he added. The president didn’t announce a date for the meeting, or participant names. Juul Labs Inc., the e-cigarettes heavyweight, is 35% owned by Altria Group Inc. MO, +0.04%.

Last week, Trump said his administration would this week announce a position on vaping. He told reporters on Friday he supported raising the minimum purchase age for e-cigarettes to 21 from 18.

Now see: As Trump officials plan to ‘clear flavored e-cigarettes from the market,’ Juul signals some support for the move.

“His reign of terror is over, and our enemies are running very, very scared,” the president said. Trump was the first sitting president to attend the event.

Also read: Which markets are closed on Veterans Day?