Home
Stocks
Where Should I Retire?: I’m 59, have $2,500 a month to spend and want an artsy community near the ocean that’s not too hot. Where should I retire?
Prev Article Next Article

I’m quickly closing in on 60 and will retire at the end of this year. I can spend about $2,500 a month in retirement. I’m single and my family lives on the West Coast. I prefer a cooler climate, proximity to an ocean and enjoy a community that supports the arts. I’m not opposed to snowbirding to avoid summer extreme temps. I currently live in Alaska and “south” has an undeniable appeal to it.

I’m not going to lie: Finding a compelling spot to live on the West Coast — so you can be near your family and the ocean — might be a little tough to do with a budget of $2,500 a month. But I think I’m up for the challenge. In other words: This winter could be decidedly less chilly for you!

I’ve got a handful of places that are artsy, relatively affordable (at least for the West Coast) and within a few hours drive of the Pacific Ocean. Since you’re single, you might be able to squeeze by on $2,500 a month in these spots, especially if you don’t have much in the way of health care or other expenses, but I will say that you’ll need to keep a pretty tight leash on your spending to do so.

But before I dive in, I think it’s important for all readers to note that if you want to spend part of the year in a location like Alaska or Florida (both of which have no income tax), check the regulations on how long you must stay in the state to get a tax advantage. (M.D., this article on Alaska snowbirds might be of interest to you.)

That said, whether you decide to spend part of your time in Alaska or not, here are some spots you might want to consider. 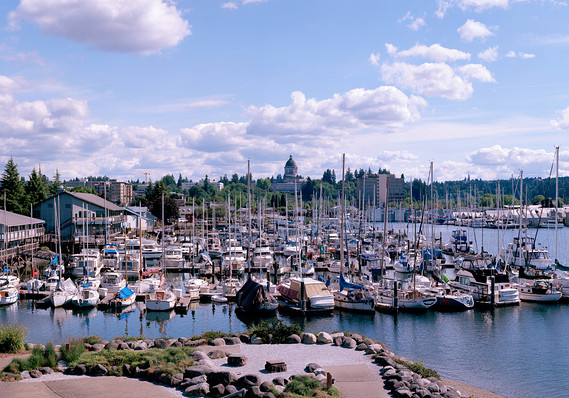 Like Alaska, Washington has no state income tax — and its state capital, Olympia, has plenty of other perks you might like too, including arts offerings. “The Olympia Film Society showcases independent and classic films at the historic Capitol Theater, a city landmark. Art collectors won’t want to miss the semiannual Arts Walk, featuring paintings, sculptures, photography and more,” Kiplinger writes of Olympia, which it calls “a smart place to retire.” And should you want more in the way of arts, you can drive about an hour and be in Seattle.

If you’re craving the beach, head to the 40-acre Kenneydell Park, which offers 1,000 feet of freshwater beach, plenty of trails to hike and a swimming area on Black Lake. Olympia also boasts a wine trail, coffee trail and a university that welcomes older students.

It’s certainly not dirt cheap to live in Olympia (the cost of living is 13% above the national average, according to Sperling’s Best Places — most of that due to housing (the average one-bedroom is about $930 a month to rent, for example). But there are no state income taxes, so that’ll give you a boost should you decide to work a part-time gig to supplement your $2,500 a month, and will help you keep more of the money you withdraw from any retirement accounts. 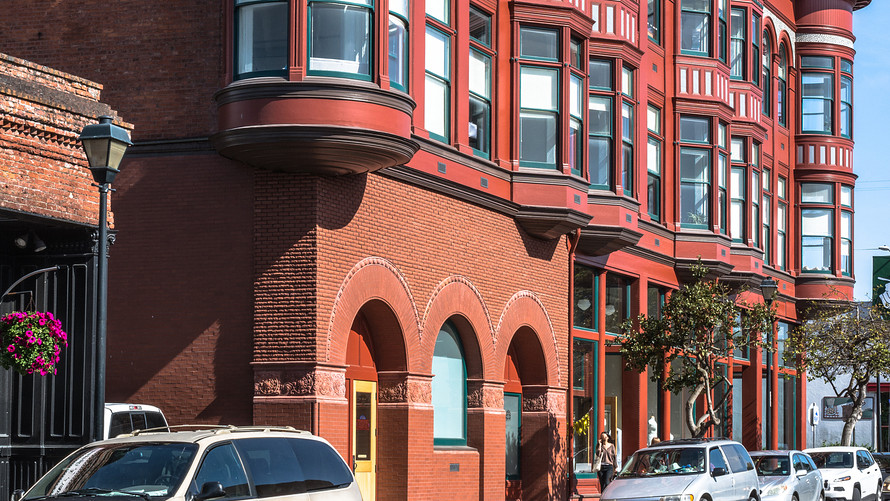 It’s tough to do California on a budget if you want to be on the ocean, but Eureka fits the bill. It’s got a cost of living that’s only about 5% above the national average, according to Sperling’s Best Places, and the average one-bedroom rents for less than $800 a month.

“This sleepy seaport town at the northern end of the state is crowded with artists and dotted with quaint Victorian homes,” I wrote back in 2012 when I recommended it for active retirees. And though it’s small (fewer than 30,000 people), there are interesting arts offerings, including monthly art walks, art galleries, food and music festivals and more.

Temperatures in Eureka are relatively mild (it’s typically in the 50s and 60s) and there are myriad redwood trees, which make it a good spot for someone who likes to hike and bike. That said, there are some downsides to living here, including high property crime rates and more than an average number of rainy days. 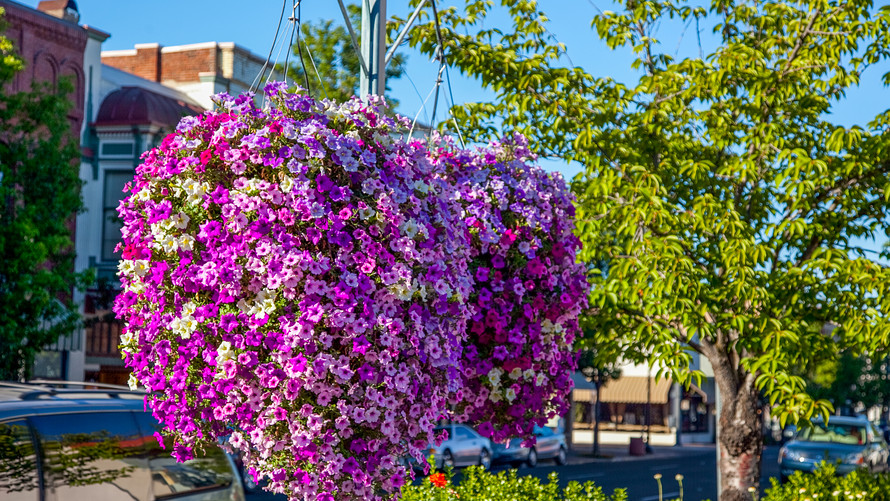 A colorful pot of flowers line the downtown area of Medford, Oregon.

This isn’t the first time I’ve recommended Medford to a retiree — when 66-year-old Bill from San Diego got sick of California’s high prices, I suggested he go here, too—and there’s a good reason for that. Medford is pretty affordable (with a cost of living about 9% above average for the nation) and has decent weather with mild temperatures and less rain than in other parts of Oregon.

Ashland is just 20 minutes from Medford and is better known as an arts community (it’s home to the renowned Oregon Shakespeare Festival), but Medford has its fair share of artsy stuff to do as well, including theater, art galleries and a dance arts center. Sperling’s Best Places even calls it “a cultural and residential crossroads between California and the Pacific Northwest.”

Also, there are “more than two dozen parks in Medford, and southern Oregon offers gorgeous hiking options,” and Medford is an emerging wine region with a growing artisan food scene. One possible drawback is the lack of diversity in the area.