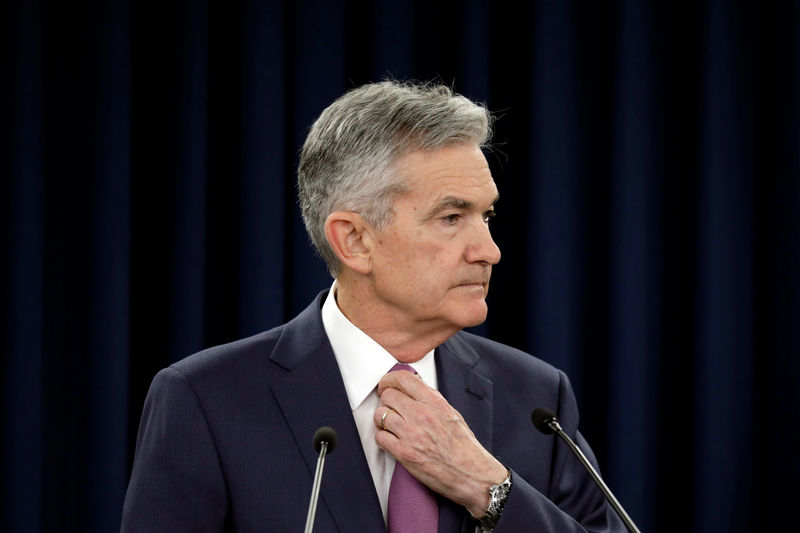 Investing.com — Here’s a preview of the top three things that could rock markets tomorrow.

Federal Reserve Chairman delivers remarks on U.S. economic outlook before the Joint Economic Committee on Wednesday at 11:00 AM ET (16:00 GMT).

The Fed’s chairman’s speech comes just two weeks after the U.S. central bank cut rates, but signaled it would hold rates steady for the remainder of the year.

Powell told reporters at his post-meeting news conference on Oct. 30 that the current stance of monetary policy was “likely to remain appropriate,” as long as there was no material change in the central bank’s outlook on the economy.

Fresh guidance on monetary policy, however, may likely be limited as Powell is “unlikely to have materially altered his thinking since the statement and press conference,” Nomura said in note to clients.

Ahead of Powell’s testimony, President Donald Trump again said the Federal Reserve’s previous round of rate cuts had put the economy at a disadvantage and that he longed for negative interest rates.

Ahead of Powell’s speech, market participants will look ahead to the release of consumer inflation data due at 8:30 AM ET (13:30 GMT).

Economists forecast measured by the consumer price index in October climbed 0.3% from 0.1% the prior month, while the , which excludes volatile food and energy prices, rose 0.2% from 0.1% a month earlier.

Cisco (NASDAQ:) reports fiscal first-quarter results after the closing bell Wednesday against a challenging backdrop amid concerns that weakness in the global economy and softening cloud demand may weigh on performance.

Cisco said it expected the fiscal first quarter would represent the slowest rate of revenue and earnings per share growth since late 2017.

Sentiment ahead of Cisco’s earnings has soured somewhat after the company’s rival Arista Networks (NYSE:) warned about softening cloud demand.

Cisco is earnings of 81 cents per share on revenue of $13.07 billion, according to consensus estimates from Investing.com.