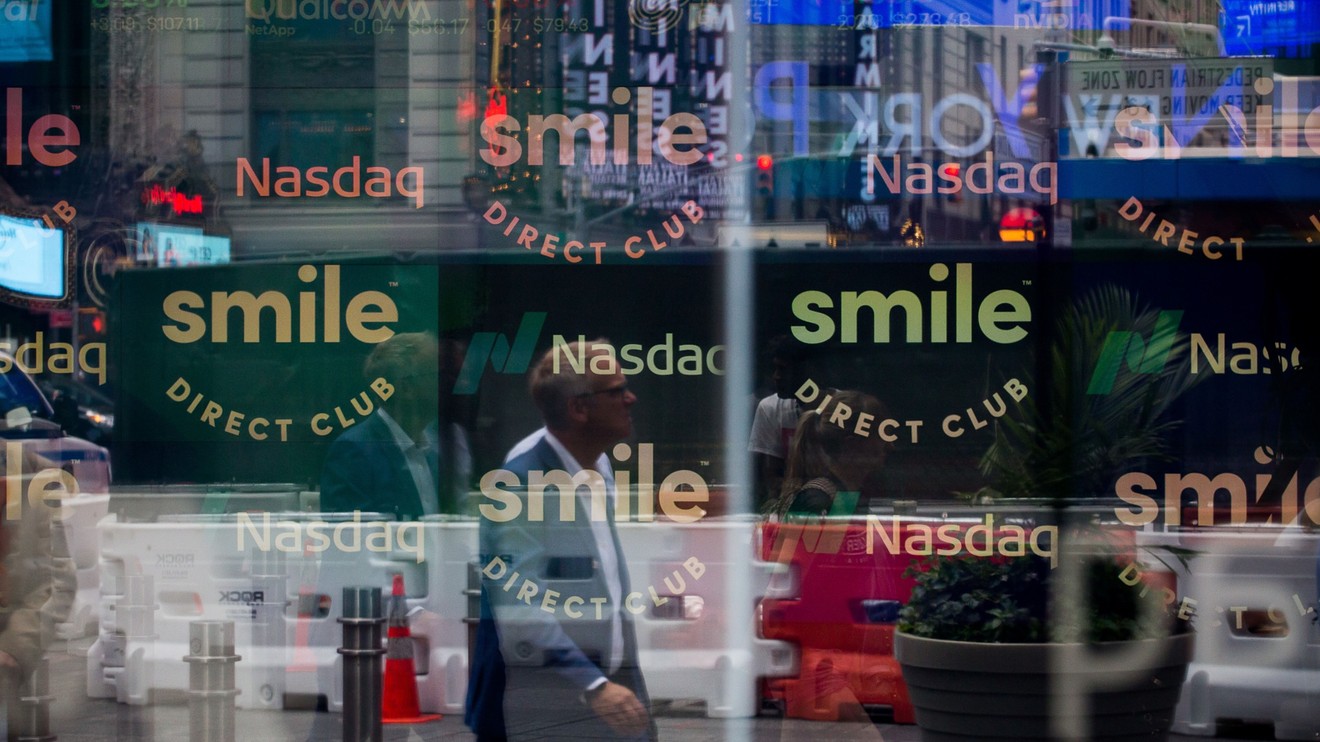 SmileDirectClub SDC, -6.50%  shares were volatile in the extended session, swinging between gains and loses, and were last down 2% after hours, following a 6.5% decline to close the regular session at $11.08.

The company reported a third-quarter loss of $88.3 million, or 89 cents a share, compared with a loss of $15 million in the year-ago period.

Analysts surveyed by FactSet had forecast earnings of 97 cents on revenue of $165.4 million.

SmileDirectClub expects full-year revenue of $750 million to $755 million for the year, while analysts forecast revenue of $746.5 million.

“Q3 was a good quarter. We were able to demonstrate our ability to execute, said SmileDirectClub Chairman and CEO David Katzman in a statement. “Overall, our business is better positioned than ever to capitalize on the massive market opportunity in front of us, and we look forward to demonstrating that in the quarters to come.”

SmileDirectClub shares went public in September at $23 and have struggled since.