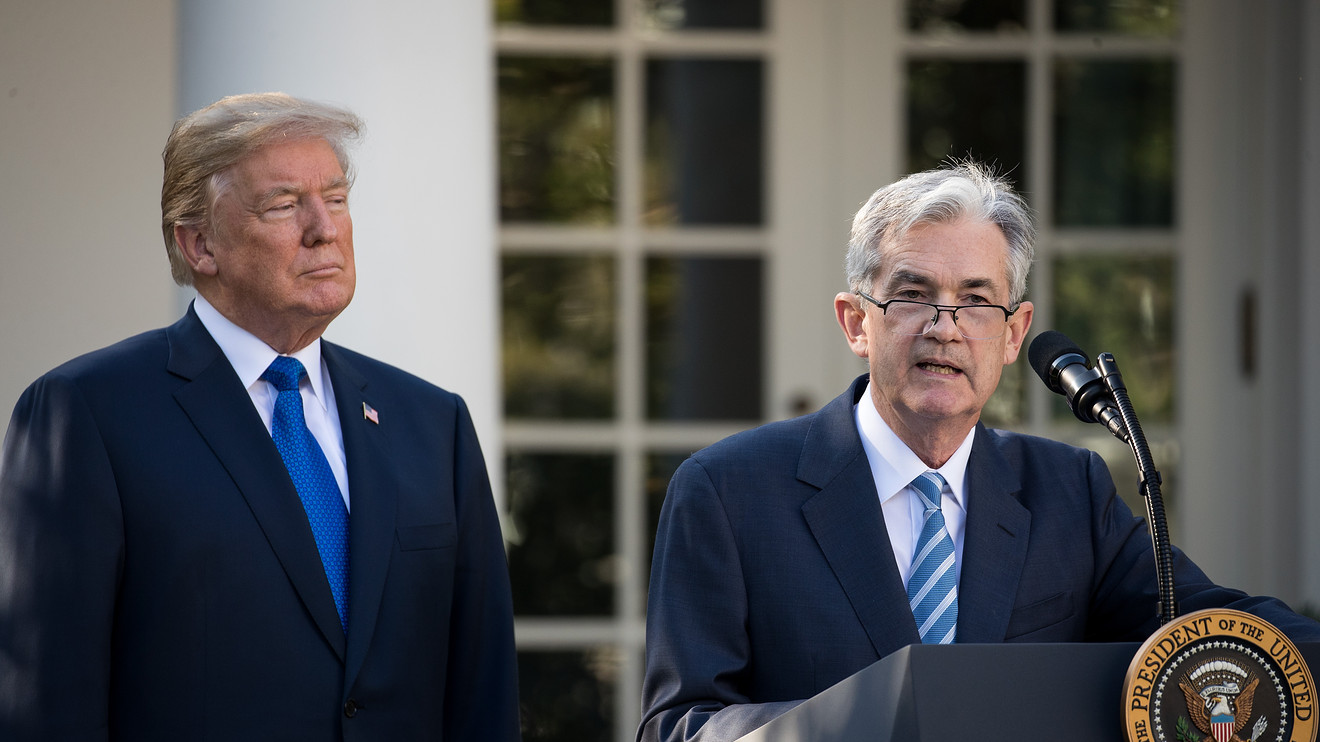 The Dow Jones Industrial Average is fresh off ringing up its ninth all-time high of 2019 but further records for the market may hinge on a series of speeches by arguably the most important people to the stock market: President Trump and Jerome Powell.

Trump is scheduled to speak at the Economic Club of New York at 12 p.m. Eastern Time, where he is expected to discuss a prolonged tariff dispute between China and the U.S. that has entered a momentary detente as both sides attempt to carve out a partial resolution.

Recent reports also suggest that the president will delay imposing import levies for six months on European auto imports. The deadline for a decision is Wednesday, and it has already been postponed once before, in May.

Trade developments have been a central driver for markets in recent months, with progress toward a so-called phase one deal between Beijing and Washington helping to set the stage for the DJIA, +0.04% the S&P 500 index SPX, -0.20% and the Nasdaq Composite Index COMP, -0.13% to resume a fresh assault on records.

Perhaps more than other U.S. presidents, Trump has hitched his success to gains in the stock market and also to the health of the U.S. economy:

Economy is BOOMING. Seems set to have yet another record day!

However, uncertainty on the substance of the a Sino-American agreement and conflicting reports on the roll back of tariffs as a part of a resolution has injected a degree of uncertainty in markets in recent trade. Last week, the Chinese Ministry of Commerce said that both parties had agreed to phase out recent tariffs as part of the elements toward completing a partial tariff deal but that report was soon followed by reports that trade officials within the Trump administration weren’t in agreement.

“The main reason for the pause we’ve seen in the last 48 hours is a result of the conflicting signals being given by the Chinese Ministry of Commerce, and President Trump on whether we can expect to see the delay or rollback of tariffs in any phase one deal that is agreed in the coming weeks,” wrote Michael Hewson, chief market analyst at CMC Markets UK in a Tuesday research note.

Federal Reserve Chairman Jerome Powell is slated to give congressional testimony on the state of the economy less than 24 hours after Trump talks.

Powell on Wednesday at 11 a.m. Eastern Time will testify in front of the Joint Economic Committee, which is headed by Sen. Mike Lee, a Utah Republican. On Thursday at 10 a.m., Powell will speak to the House Committee on the Budget.

The testimony would come after the Federal Open Market Committee last month delivered its third consecutive rate cut in as many meetings of the rate-setting body. The 10-year Treasury note TMUBMUSD10Y, +0.09% and the U.S. dollar DXY, +0.18%  could be assets that prove the most sensitive. Yields can drive or deflate demand for bonds and by extension the dollar.

Check out: Why would the Fed cut interest rates a 3rd time in a row even as stocks near records? Investors may soon find out