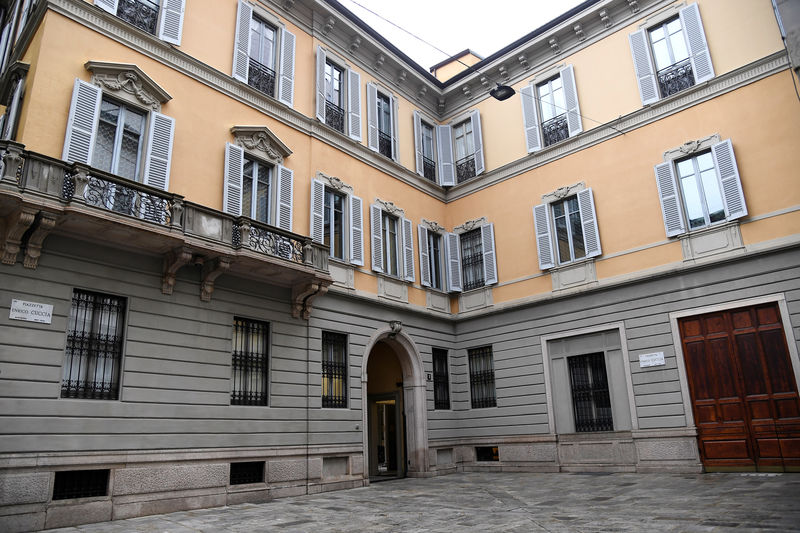 MILANO (Reuters) – Italy’s Mediobanca (MI:) said on Tuesday it would build on its wealth management and consumer credit businesses under a plan to 2023, defying criticism from its new top investor who wants it to scale up its investment banking operations.

The bank also pledged to return up to 2.5 billion euros ($2.8 billion) to shareholders in the next four years via dividends and shares buy-backs.

This compared with the 1.6 billion euros the bank returned to shareholders in the past four fiscal years.

Chief Executive Alberto Nagel has come under attack from 84-year-old Leonardo Del Vecchio, a billionaire eye-wear tycoon who has built up a stake of just under 10% in the venerable merchant bank in less than two months.

Del Vecchio has criticized Nagel for relying too heavily on the bank’s consumer finance division and its most prized asset – insurer Generali (MI:) – and said Mediobanca should return to its investment banking roots.

But the bank said it had achieved “excellent” results in the past few years and would build on its current strategy to drive revenue growth.

“Wealth management will deliver top-line growth of 8%, becoming the leading contributor to fee income at group level and so complementing Corporate & Investment Banking, where revenue growth is seen reaching 6%,” the company said in a statement. “Consumer banking will continue in its role as driver of growth in net interest income at group level, accounting for some two thirds of the total.”