Home
Stocks
Next Avenue: Upsize in retirement? Some boomers are moving into bigger homes
Prev Article Next Article 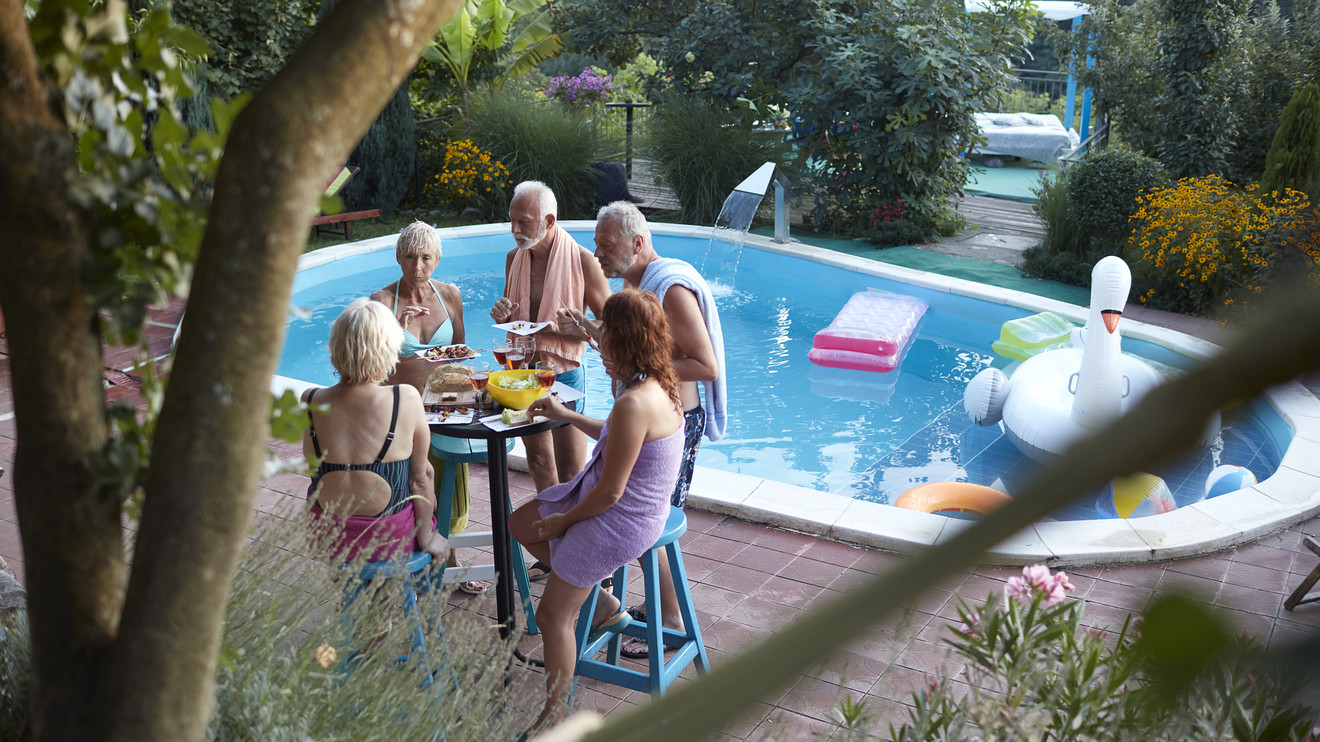 “The home prices had risen dramatically in the area where I lived, so I was able to afford to buy a nicer home,” Ruth explains. “I could’ve bought something just fine for half the price. But when you’ve worked hard all these years, it’s nice to be comfortable.”

The Brods’ spacious ranch on a quiet cul-de-sac is part of a vibrant 55-and-up community which has given them a chance to make new friends and embrace a range of activities there.

“I really enjoy my home,” Ruth says. “It’s not just a house; I bought a lifestyle.”

The Brods are hardly alone in bucking the downsizing trend in retirement. People in their 60s are doing it for all sorts of reasons — from finding a home that better suits them to buying one with room for a live-in parent or visiting family members.

“People who choose to upsize in retirement often do so when relocating to a more climate-friendly area, such as Florida or Arizona,” says Cara Ameer, a real-estate agent with Coldwell Banker Vanguard Realty in Jacksonville, Fla. “Many times, they want to find their ‘dream home’ and feel it is time to make that happen. They don’t want to sacrifice on location, finishes, and, most importantly, a view.”

Also see: How to be a happy snowbird

For some fortunate people, upsizing in retirement can mean trading up apartments to live the luxe life they’ve envied.

Says Manhattan-based real-estate broker Susan Landau Abrams of Warburg Realty: “We have been involved in several transactions where empty-nester clients moved from three-bedroom owned apartments to four- and five-bedroom owned apartments. They are at the pinnacle of their success and want to enjoy life and live graciously…They want spacious master bedrooms, his and her master bathrooms, an office/library and a chef’s kitchen. Several of our clients have dedicated an entire bedroom to create the ultimate luxury in Manhattan: a huge walk-in closet.”

Also read: This is how boomers are reinventing retirement living

Next Avenue recently wrote about the trend of some empty-nesters in their 60s moving from the suburbs into the city. New York City-based real-estate broker Michael J. Franco of Compass says he’s noticed that as an upsizing trend, too.

“I’ve seen a lot of baby boomers coming back into the city and spending more money on residences than they made selling their houses in the suburbs,” he says.

In certain instances, they leave modest houses in the suburbs to lavish apartments in Manhattan to pursue a more active lifestyle. In others, they move from smaller apartments to bigger ones to accommodate grandchildren or other guests. “They want room for kids and grandkids in hopes of them visiting more,” says Franco.

Upsizing in retirement: not the norm

Still, upsizing isn’t the norm among people relocating in retirement.

An April 2019 survey of adults age 50 and 60 conducted by Del Webb, a leading builder of active adult communities, found that of those planning to move in the future, 43% prefer their next home be the same size as their current one and 22% want it to be bigger. Nearly a third of the Gen Xers surveyed desiring more space (29%) said they’d design their next home to accommodate their parents.

And sometimes, the upsizing happens by moving from one home in a retirement community to a bigger one there.

That’s what Ken and Sharon Thomas did. They live in Del Webb’s Sun City Peachtree active 55-plus community in Griffin, Ga., and recently moved from a 2,690-square-foot home in it into one boasting nearly 4,000-square-feet. The couple moved to Sun City Peachtree in 2013 after Ken retired from Lockheed-Martin. They opted to buy the larger home in 2018 to accommodate Sharon’s mom, who’d lost her husband and is not as ambulatory as she once was.

Also read: Are you on track? This is how much it costs to retire comfortably in each state

Says Ken Thomas: “A lot of my generation is bringing their parents in, as opposed to putting them in retirement homes or assisted living where the parents would be moved into a foreign environment. We’re very blessed to be in a position to do that.”

Similarly, the Thomas’ neighbors, Patty and Chuck Leer, have decided to spread out a bit. Though their new home is only 300-square-feet larger, it offers more usable space that will afford Chuck the workshop he wants and additional room for Patty’s interests, which include quilting, painting and card-making.

“Our living room is about double the size it was,” says Patty. “We have one dining area instead of two, and our current sunroom will be traded for a much bigger screened porch. So, our reason to upsize was to put the space where we would best use it.”

If you’re thinking about upsizing in retirement, planning early can be the key to making the dream a reality.

John Bergquist, senior founding partner at Common Sense Financial in South Jordan, Utah, who has helped retirees reach this goal, has a suggestion.

“If you are seeing this in your future, you definitely want to incorporate it into your retirement plans,” Bergquist says. That may mean prioritizing what’s important. “Maybe you choose not to take the extra vacation trip or plan to do more staycations, so you can use the funds to buy that larger home. Maybe you decide to drive more economical cars to have the extra funds. It’s just a matter of deciding what’s most important to you.”

And a piece of cautionary advice from Ameer: a larger home can mean supersize utility bills.

“A bigger home costs more to maintain no matter where you live,” she says. And if the home has a swimming pool or a dock for a boat, she notes, “that only further adds to maintenance and upkeep.”

Related: 10 money pits that can ruin your retirement

Upsizing, if you can afford it, offers plenty of upsides. But before you get your heart set on a sprawling abode, be sure to consider the costs that come with it.

Elizabeth Alterman is a freelance writer with more than 20 years’ experience in digital and print media. Her writing has appeared on Forbes, the New York Times, Newsweek, Mashable, The Muse.com and Realtor.com.