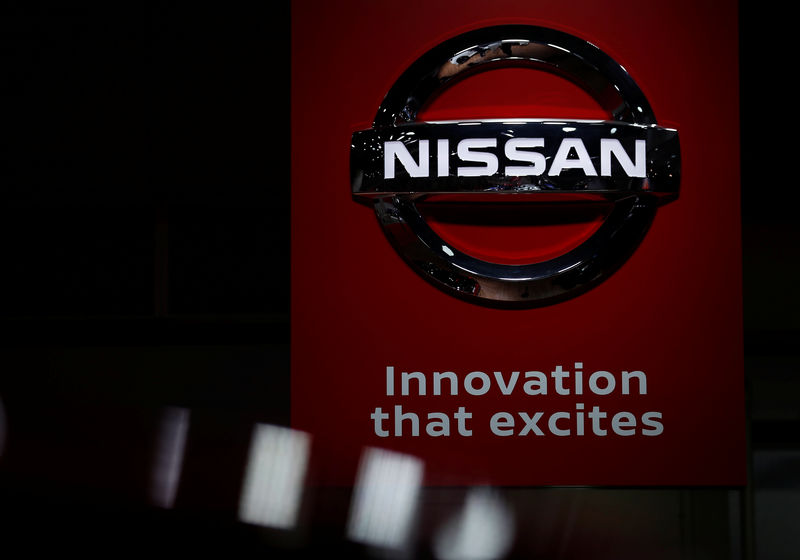 YOKOHAMA (Reuters) – Nissan Motor Co Ltd (T:) reported a 70% profit drop on Tuesday and cut its full-year outlook to an 11-year low, as the Japanese automaker was hit by falling sales that highlight its ongoing turmoil after the ouster of former head Carlos Ghosn.

The latest weak showing from Nissan, already battered by weak financial performance for nearly two years, illustrates the scale of the work ahead for its new executive team, which is due to take over on Dec.1.

Following the ouster of Ghosn almost a year ago, Nissan has been hit by sliding profit, uncertainty over its future leadership and tensions with top shareholder Renault SA (PA:) – whose shares fell 2% to their lowest since April 2013 after Nissan’s disappointing guidance.

Operating profit at Japan’s second-biggest automaker by sales came in at 30 billion yen ($274.98 million) during the July-September period versus 101.2 billion yen a year earlier.

That compared with a mean forecast of 47.48 billion yen from nine analyst estimates compiled by Refinitiv, and marked its worst second-quarter performance in a decade and a half.

“Operating profit for the first half is off our target” for full-year profit, Stephen Ma, a corporate vice president and the incoming chief financial officer, told reporters.

“We are revisiting all our assumptions, and as you can see that is why we revised down our forecast for sales volume for the full year.”

Nissan slashed its full-year operating profit forecast by 35% to 150 billion yen. That would mark its worst full-year performance in 11 years. It now sees global retail sales at 5.2 million vehicles, from 5.5 million previously.

The automaker in the past few weeks has announced a revamp of its top ranks with younger executives, naming the head of its China business, 53-year-old Makoto Uchida, as its next chief executive, as it seeks to draw a line under Ghosn’s legacy.

Years of heavy discounting and fleet sales, particularly in the United States, has left Nissan with a cheapened brand image and low vehicle resale value as well as dented profit.

The automaker is implementing a global recovery plan under which it will axe nearly one-tenth of its workforce and cut global vehicle production by 10% through 2023 to rein in costs which it has said had ballooned when Ghosn was CEO.

Ghosn is awaiting trial in Japan on charges of financial misconduct, which he denies.