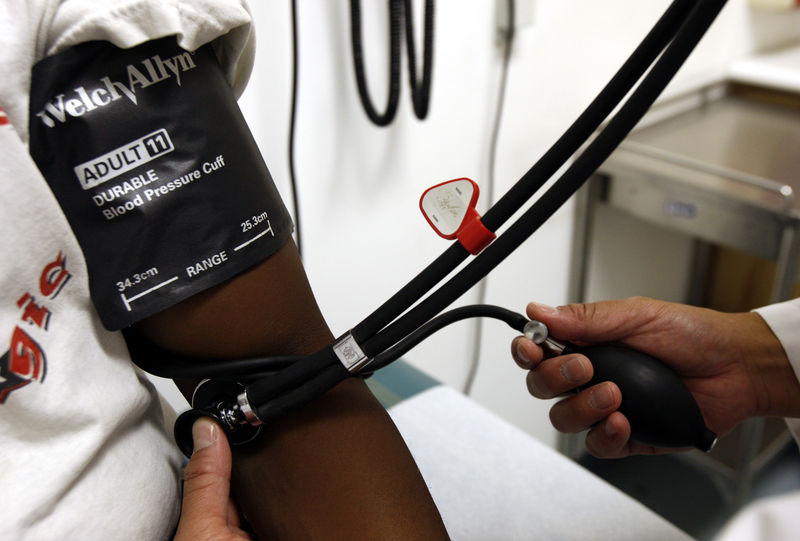 (The opinions expressed here are those of the author, a columnist for Reuters.)

CHICAGO (Reuters) – The cost of Medicare is going up next year – way up.

Federal officials announced late last week that the standard monthly premium for Medicare Part B (outpatient services) will jump 6.7% to $144.60. The annual deductible will rise by a similar amount.

The Centers for Medicare & Medicaid (CMS) said the Part B hikes are mainly due to higher spending on “physician-administered drugs.” That is a reference to situations where physicians buy and administer drugs to patients, and earn a profit on what they bill Medicare’s Part B program. Physician-administered drug spending rose at a rapid 9.6% annual clip between 2009 and 2017, according to the Medicare Payment Advisory Commission https:// an independent federal body that studies Medicare and reports to Congress.

CMS has proposed a reform plan https:// that would reduce the cost of these drugs by tying their prices to an international index.

The Medicare-and-COLA math underscores the broad challenge retirees face in protecting themselves against inflation. Social Security is the only retirement benefit that provides any type of built-in inflation protection – one of the key reasons that the program is so valuable.

Advocates for Social Security expansion hope to address the widening gap between healthcare and general inflation by adopting a COLA formula called the CPI-E (for elderly). This is an experimental index maintained by the U.S. Bureau of Labor Statistics that more accurately reflects the inflationary forces impacting seniors, such as healthcare. It has risen slightly more quickly than the CPI-W over the past decade – so it would help, but only a bit.

Since 2007, high-income enrollees have been paying surcharges on their premiums for Part B (outpatient services) and Part D (prescription drugs). Relatively few people on Medicare pay the so-called Income-Related Monthly Adjustment Amount (IRMAA). Roughly 7% of enrollees pay IRMAAs, according to Medicare.

IRMAA brackets are defined by a modified adjusted gross income (MAGI) formula that includes the total adjusted gross income on your tax return plus tax-exempt interest income. The determination is made using the most recent tax return made available by the IRS to the Social Security Administration. For example, the IRMAA you pay in 2019 would be based on AGI reported on your 2017 tax return. (You can appeal for a reduction if your income declined due to any one of a number of defined “life-changing” circumstances – and one of those is stopping work. File your appeal using Form SSA-44 from the Social Security Administration)

Next year, IRMAA brackets will be indexed for inflation for the first time –  and those figures also were announced by Medicare last week. They begin for single filers with MAGI of $87,000 or above – joint filers simply double that number.

The costs of Medicare Part A also will be higher next year. Medicare enrollees do not pay premiums for Part A (hospitalization), but the deductible there will rise 3.2%, to $1,408 for the first 60 days of care. (Click here https://go.cms.gov/33KliaN for details on all the new Medicare premiums and deductibles.)

An annual study by the Senior Citizens League has consistently found that the CPI-W fails to do an adequate job of keeping seniors even with inflation. The league’s report on the buying power of seniors looks at a market basket of goods, including prescription drugs, housing, health insurance, food and various taxes. The most recent report found that benefits have lost 33% of their buying power since 2000.

“Older Americans are not living on a fixed income,” said Mary Johnson, the Social Security and Medicare policy analyst for SCL. “They are attempting to live on a shrinking one – their standard of living is declining as their Social Security benefits purchase less.”

(Reporting and writing by Mark Miller in Chicago; Editing by Matthew Lewis)