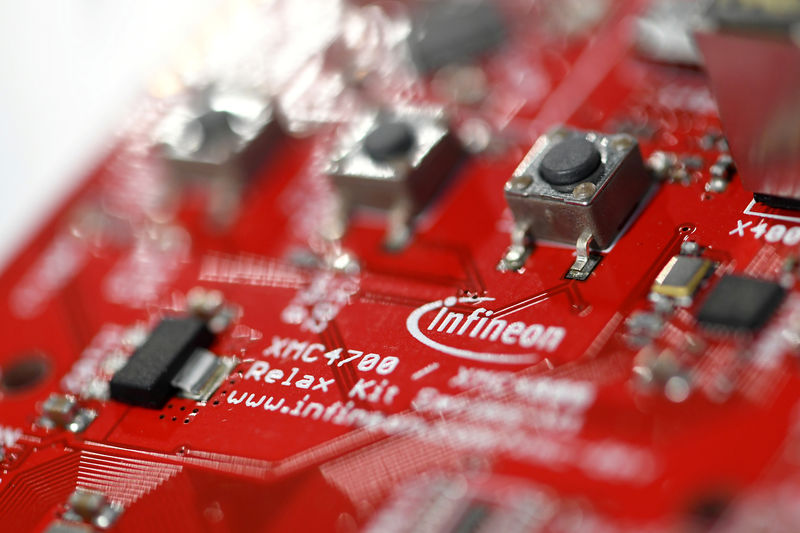 Investing.com — Any recovery in the auto sector is going to have to wait.

That’s the verdict this morning not from the carmakers themselves, but from various suppliers to the industry, all of whom tell much the same story in their respective ways.

Chipmaker Infineon Technologies (DE:) said it doesn’t expect any improvement in the auto market for at least another six months. Component supplier Continental AG (DE:) decided to put on ice the planned initial public offering of its powertrain unit Vitesco, while Osram Licht (DE:), a big supplier of lights and sensors to the auto industry, finally gave up hope for a better takeover offer and recommended shareholders accept a buyout offer from Austrian-based Ams (SIX:).

Infineon was grateful for a bumper quarter of orders for its power semiconductors for renewable energy applications and consumer device sensors to rescue its fiscal fourth quarter, which ended in September.

“We are feeling the effects of weak global auto demand and do not expect any improvement for the time being,” CEO Reinhard Ploss said in a statement. “The general economic environment remains fraught with macroeconomic and political uncertainty. We do not expect markets to recover before the second half of the fiscal year.”

The company said it expects revenue growth of around 7% over the next 12 months with an operating margin of 16%, up from 15.1% in the three months through September. The dividend will remain unchanged (although it’s paying out more cash due to a 10% capital increase earlier in the year).

Rival Dialog Semiconductor (DE:) had a similar story of salvation-through-diversification to tell. Dialog dissolved its Automotive & Industrial unit earlier this year to reflect its efforts at finding more sustainable sales channels. Like Infineon, it has seen increased demand from consumer device makers (including from a smartphone industry that has growth problems of its own). Its Connectivity and Audio segment raised revenue 27%, while the new division that houses the former automotive business stagnated.

The mixed outlook was reflected in the German for November Tuesday, which rose to its highest in six months despite another deterioration in the assessment of .

Overall, the survey strengthened a budding feeling that the German economy may be bottoming out after a severe manufacturing recession over the last six months. The rose 0.5% to within touching distance of the 22-month high it hit last week.