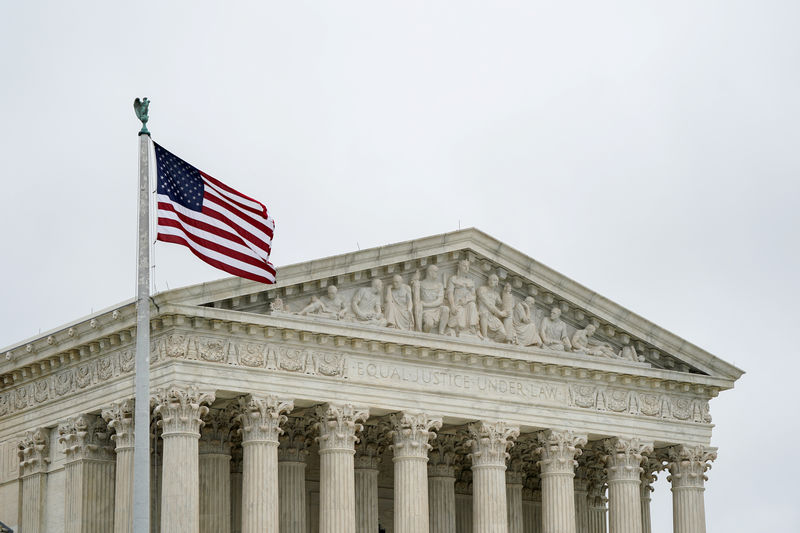 By Lawrence Hurley and Andrew Chung

WASHINGTON (Reuters) – The U.S. Supreme Court is set on Tuesday to hear arguments over the legality of President Donald Trump’s effort to rescind a program that protects from deportation hundreds of thousands of immigrants – dubbed “Dreamers” – who entered the United States illegally as children, part of his tough immigration policies.

The nine justices will hear a scheduled 80 minutes of arguments over the Republican president’s 2017 plan to end the Deferred Action for Childhood Arrivals (DACA) program implemented in 2012 by his Democratic predecessor Barack Obama.

Trump’s administration has argued that Obama exceeded his constitutional powers when he created DACA by executive action, bypassing Congress. Trump has made his hardline immigration policies – cracking down on legal and illegal immigration and pursuing construction of a wall along the U.S.-Mexican border – a centerpiece of his presidency and 2020 re-election campaign.

DACA currently shields about 660,000 immigrants – mostly Hispanic young adults – from deportation and provides them work permits, though not a path to citizenship. The Supreme Court is hearing the administration’s appeals of lower court rulings in California, New York and the District of Columbia that blocked Trump’s move and left DACA in place.

The lower courts ruled that Trump violated a U.S. law called the Administrative Procedure Act in seeking to kill DACA.

The challengers who sued to stop Trump’s action included a collection of states such as California and New York, people currently protected by the program and civil rights groups.

“The president’s decision to end DACA … was not only illegal, it ran contrary to American values,” said California Attorney General Xavier Becerra, a Democrat.

In his 2017 statement announcing his planned phase out DACA, Trump spoke of the “tragic consequences” to the United States of a decades-long failure by leaders in Washington to enforce immigration laws, citing among other things “the illicit entry of dangerous drugs and criminal cartels.” Trump wondered why so few in Washington had expressed “any compassion for the millions of Americans victimized” by America’s immigration system.

Obama created DACA to protect immigrants who as minors were brought into the United States illegally or overstayed a visa. Obama acted after Congress failed to pass a bipartisan immigration policy overhaul that would have provided a path to citizenship to these young immigrants. Trump has called on Congress to “advance responsible immigration reform” but never proposed a detailed replacement for DACA.

The young people protected under DACA, Obama said, were raised and educated in the United States, grew up as Americans and often know little about their countries of origin.

Trump’s supporters, including 13 conservative states led by Texas, have said DACA imposed costs on the states by compelling them to provide services for DACA recipients, including healthcare, education and law enforcement.

The program, which allows eligible immigrants to obtain renewable two-year work permits, remains in effect for those already enrolled but the administration has refused to approve new applications.

The “Dreamers” moniker is based on the name of bipartisan legislation – never passed – called the DREAM (Development, Relief and Education for Alien Minors) Act that would have granted these young immigrants legal status.