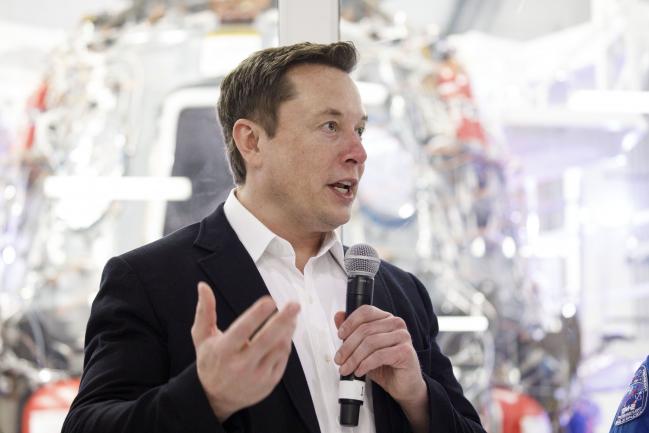 (Bloomberg) — Elon Musk announced he plans to build Tesla (NASDAQ:) Inc.’s next factory near the German capital of Berlin, sending a forewarning to some of the world’s most prestigious automakers that he’s headed for their home turf.

The electric-car maker also will establish an engineering and design center near Berlin’s new airport, Tesla’s chief executive officer said late Tuesday. He made the comments while in Germany to accept an award the Model 3 sedan won by beating out the likes of BMW’s 3 Series and Audi’s A4.

“Some of the best cars in the world are obviously made in Germany,” Musk said at an event attended by the CEOs of Volkswagen (DE:) AG, Audi AG and BMW AG. He said the country is “not that far behind” in electric cars while also acknowledging that the market for them is “unproven.”

Musk, 48, is laying the groundwork for his next plant just as Tesla is preparing to start sales of cars built on the outskirts of Shanghai. Building a European factory will raise the stakes for established automakers already facing a serious threat from the electric upstart. The CEO estimated earlier this year that it will probably take Tesla until 2021 to get a manufacturing facility up and running in Europe.

While the future of Germany’s electric car market looks crowded, the politics of shifting away from the internal combustion engine also are going to be messy. Daimler AG (DE:), the maker of Mercedes-Benz cars, is running into labor-union resistance over where future electric cars will be produced ahead of a critical meeting with investors Thursday in London. Audi, the biggest profit contributor to VW Group, faces similar fights over safeguarding employment at its main German factories that specialize in sedans and station wagons.

Chancellor Angela Merkel’s government and local automakers have agreed to boost incentives for EVs, intensifying Germany’s effort to move away from the combustion engine to reduce exhaust emissions. Still, building vehicles in a country that has some of the highest labor and energy costs worldwide is bound to be a major challenge. European customers also expect a network of dealers and repair shops to reliably handle maintenance and repair work, which Tesla has struggled with lately.

Morgan Stanley (NYSE:) analysts led by Adam Jonas wrote in a recent note that Germany would be the “logical choice” for Tesla’s so-called Europe gigafactory. The country “is the heart of the global luxury-auto market, with an economy dependent on internal-combustion tech and a government focused on climate change,” Jonas said.

Shortly after dropping the news about Berlin, Musk sent a tweet to make sure it wouldn’t be missed by his 29.3 million Twitter followers, sending out an all-caps post with heart emojis matching the colors of the German flag.

Tesla shares finished the day up 1.4% to $349.93, their highest closing price since December 2018. The stock has surged 37% since the company reported a surprise quarterly profit on Oct. 23.