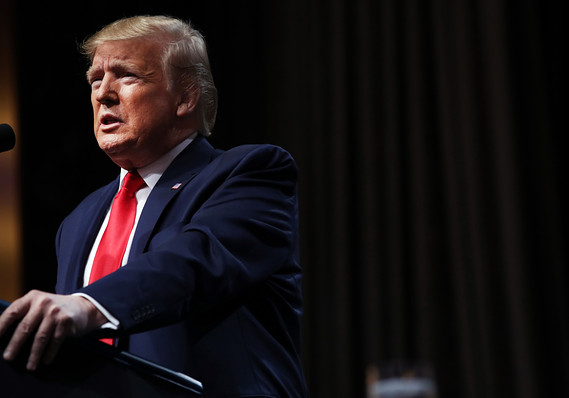 President Donald Trump speaks at the Economic Club of New York on Tuesday.

President Donald Trump on Tuesday called a U.S.-China trade deal close, as he also spoke at a fundraiser in New York.

Speaking to the Economic Club of New York, Trump described the first phase of a trade agreement as something that “could happen soon,” but gave no details on finalizing a pact. In the speech he also touted U.S. job creation and blasted the Federal Reserve, a frequent punching bag, for cutting interest rates too slowly. Fed Chairman Jerome Powell is scheduled to appear in back-to-back testimonies on Capitol Hill Wednesday and Thursday.

While in New York, Trump spoke at a luncheon fundraiser hosted by America First Action, a super PAC supporting his re-election.

The organization raised $4 million through the event, CNBC reported.