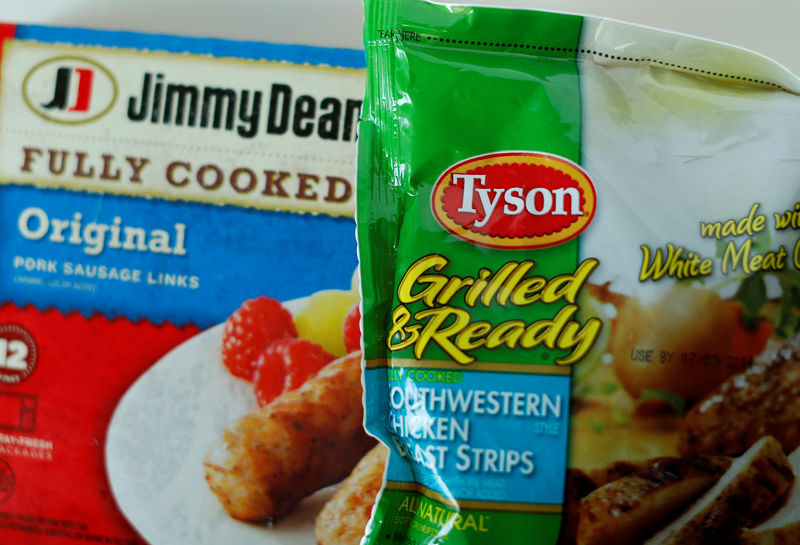 Shares of the maker of Ball Park hotdogs and Jimmy Dean sausages fell about 4% before the opening bell. They have gained nearly 55% this year.

Tyson grappled with the fire as the global meat industry focused on increasing sales China, where an outbreak of a fatal pig disease has slashed pork production.

U.S. producers have been hampered due to tariffs imposed by Beijing as part of the countries’ trade war.

The fire at the Holcomb, Kansas, slaughterhouse in August left restaurants, food service companies and grocery chains scrambling to buy beef from other facilities.

As a result, volumes in Tyson’s business fell 4.2% in the fourth quarter to Sept. 28, with sales down 1.3%. The fire also resulted in $31 million of net incremental costs, the company said.

At the same time, cattle prices tanked because the fire temporarily eliminated a key buyer of livestock, prompting a U.S. government investigation into the market.

Tyson’s operating margins for beef were 9.7%, up from 8.9% a year earlier. Margins declined in its pork, chicken and prepared foods units.

Excluding items, the company earned $1.21 per share, compared with the average analyst estimate of $1.29, according to IBES data from Refinitiv.

Total sales rose nearly 9% to $10.88 billion on strength in its pork and chicken segments, but missed the average estimate of $11 billion.