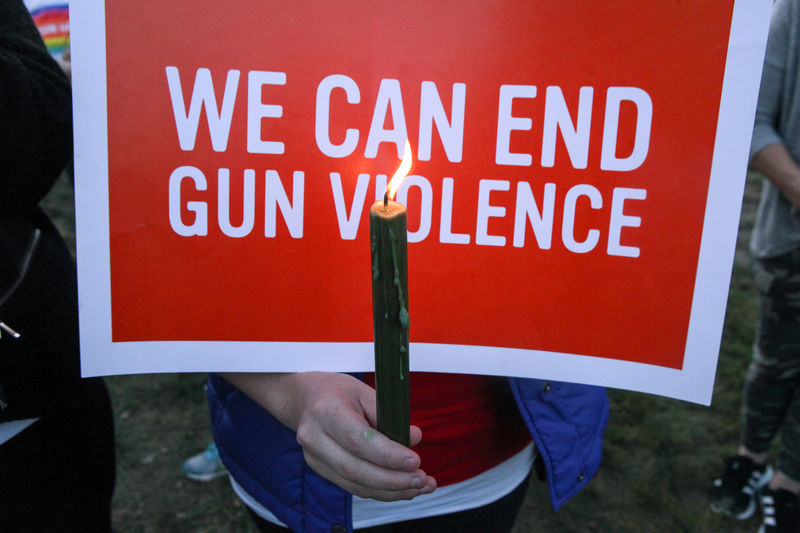 WASHINGTON (Reuters) – The U.S. Supreme Court on Tuesday dealt a blow to the firearms industry, rejecting Remington Arms Co’s bid to escape a lawsuit by families of victims aiming to hold the gun maker liable for its marketing of the assault-style rifle used in the 2012 Sandy Hook school massacre that killed 20 children and six adults.

The justices turned away Remington’s appeal of a ruling by Connecticut’s top court to let the lawsuit proceed despite a federal law that broadly shields firearms manufacturers from liability when their weapons are used in crimes. The lawsuit will move forward at a time of high passions in the United States over the issue of gun control.

The family members of nine people slain and one survivor of the Sandy Hook massacre filed the lawsuit in 2014. Remington was backed in the case by a number of gun rights groups and lobbying organizations including the powerful National Rifle Association, which is closely aligned with Republicans including President Donald Trump. The NRA called the lawsuit “company-killing.”

The Dec. 14, 2012 rampage was carried out by a 20-year-old gunman named Adam Lanza, who shot his way into the Sandy Hook Elementary School in Newtown, Connecticut and fired on the first-graders and adult staff before fatally shooting himself as police closed in.

The United States has experienced a succession of mass shootings in recent decades, including several that have staggered the public such as the 2017 attack at a Las Vegas concert that killed 58 and one at a nightclub in Orlando in 2016 that killed 49. Assault-type rifles have been a recurring feature in many of the massacres.

The U.S. Congress has not enacted new gun control laws in the wake of the mass shootings largely because of Republican opposition.

The plaintiffs have argued that Remington bears some of the blame for the Sandy Hook tragedy. They said the Bushmaster AR-15 gun that Lanza used – a semi-automatic civilian version of the U.S. military’s M-16 – had been illegally marketed by the company to civilians as a combat weapon for waging war and killing human beings.

The plaintiffs said that Connecticut’s consumer protection law forbids advertising that promotes violent, criminal behavior and yet even though these rifles have become the “weapon of choice for mass shooters” Remington’s ads “continued to exploit the fantasy of an all-conquering lone gunman.” One of them, they noted, stated, “Forces of opposition, bow down.”

Remington argued that it should be insulated from the lawsuit by a 2005 federal law known as the Protection of Lawful Commerce in Arms Act, which was aimed at blocking a wave of lawsuits damaging to the firearms industry.

The case hinges on an exception to this shield for claims in which a gun manufacturer knowingly violates the law to sell or market guns. Remington has argued that the Connecticut Supreme Court interpreted the exception too broadly when it decided to let the case go ahead.

Though the case does not directly implicate the U.S. Constitution’s Second Amendment right to keep and bear arms, the NRA told the justices in a filing that the lawsuit could put gun manufacturers out of business, making the right meaningless.

A state trial court initially threw out the claims but the Connecticut Supreme Court revived the lawsuit in March, prompting Remington’s appeal.

The justices already have taken up one important gun rights case in their current term.

They are due to hear arguments on Dec. 2 in a lawsuit by gun owners and the state’s NRA affiliate challenging New York City restrictions on handgun owners transporting firearms outside the home. The city had asked the justices to cancel the arguments because its measure was recently amended, meaning there was no longer any reason to hear the dispute. But the court decided to go ahead with the case.