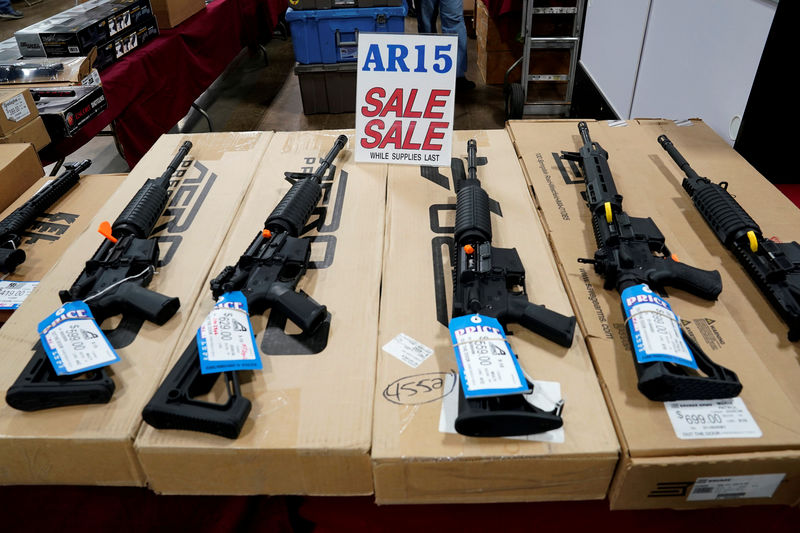 By Mike Stone and David Shepardson

WASHINGTON (Reuters) – U.S. firearms makers will be able to more easily export guns, including assault rifles and ammunition, as early as mid-December under rules set to be finalized by the Trump administration, people briefed on the matter said on Tuesday.

The proposed changes could be enacted on or after Dec. 14, and would move oversight of commercial firearm exports to the Commerce Department from the State Department, the sources told Reuters.

Staff on several legislative committees were briefed on the rule changes on Tuesday ahead of a formal notification for lawmakers for Thursday, the people said, starting a 30-day clock before the rules can take effect.

While the State Department is primarily concerned with international threats to stability and maintains tight restrictions on weapons deals, the Commerce Department typically focuses on making it easier for U.S. companies to sell products overseas.

In a statement late Tuesday, U.S. Representative Ami Bera, a Democrat, said the change “will remove critical oversight mechanisms that will increase the probability that U.S. firearms will be misused to create violence and instability around the world.”

The effort to streamline U.S. small arms export controls dates back to an Obama administration initiative begun in 2009 that was never translated into policy.

The move https://www.reuters.com/article/us-usa-trump-guns-exclusive/exclusive-trump-administration-moves-closer-to-easing-gun-exports-idUSKBN1XH2IY by President Donald Trump’s administration may generate business for gun makers such as American Outdoor Brands Corp (O:) and Sturm Ruger & Co (N:), while increasing the sale of deadly weapons abroad. A relaxing of rules could increase foreign gun sales by as much as 20%, the National Shooting Sports Foundation has estimated.

Reuters first reported on the Trump administration’s interest in the oversight shift in 2017 https://www.reuters.com/article/us-usa-trump-weapons-exclusive/exclusive-trump-administration-prepares-to-ease-export-rules-for-u-s-guns-idUSKCN1BU2N8. The action is part of a broader Trump administration overhaul of weapons export policy https://www.reuters.com/article/us-trump-effect-drones-exclusive/exclusive-game-of-drones-u-s-poised-to-boost-unmanned-aircraft-exports-idUSKBN1CG0F4.