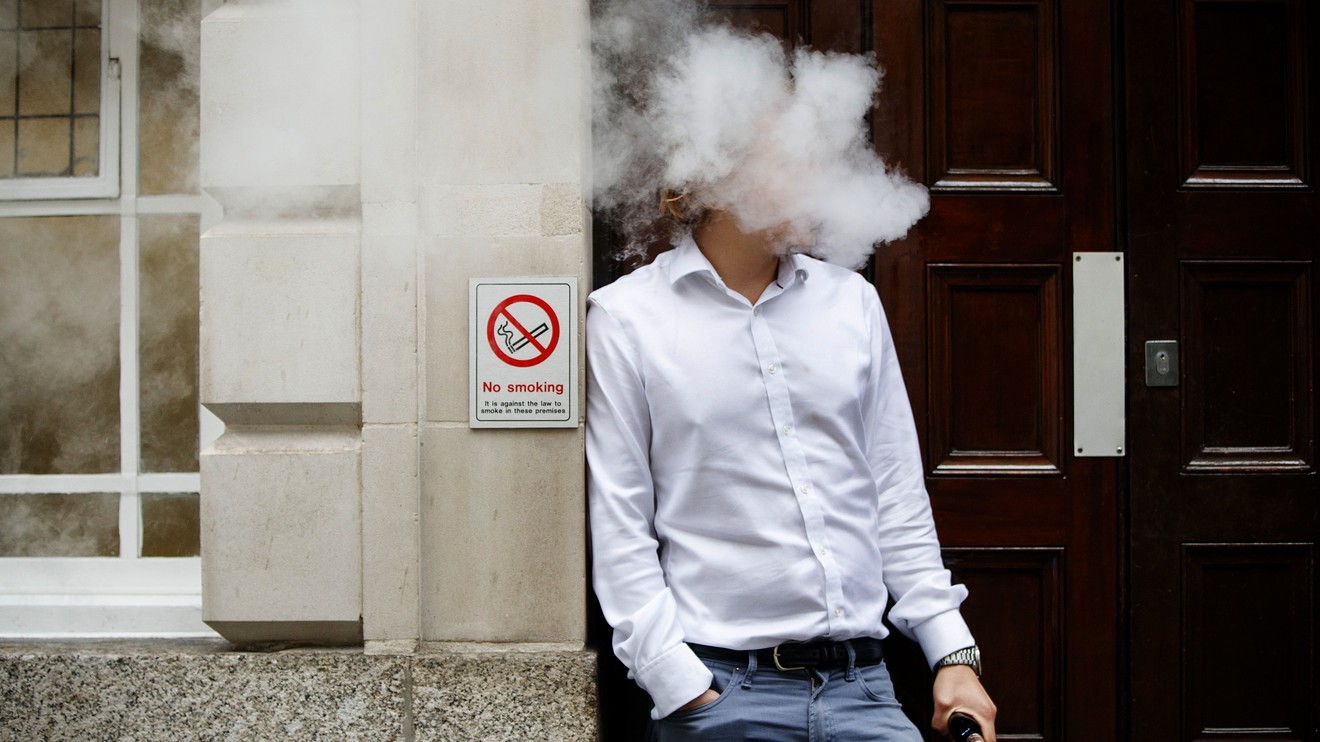 There’s more evidence that e-cigarettes may be bad for your health.

Smoking e-cigarettes increases the risk of heart disease — elevating bad cholesterol, triglycerides and glucose levels, and decreasing blood flow in the heart — and is also associated with coronary vascular dysfunction, according to two separate studies that will be presented at the American Heart Association’s Scientific Sessions, an annual meeting focused on shaping the future of cardiovascular science and medicine, in Philadelphia from Nov. 16 to Nov. 18.

Bad cholesterol was higher in people who only smoked e-cigarettes compared to nonsmokers.

More than 2,000 Americans who use e-cigarettes have become sick since March, many of them teenagers and young adults, and at least 40 people have died. The bulk of the cases occurred in August and September but new cases are still being reported, the Associated Press reported; THC, the psychoactive component in marijuana, was found in most samples tested by the Food and Drug Administration. The Centers for Disease Control and Prevention on Friday identified vitamin E acetate, a chemical added to vaping fluid, as a “very strong culprit of concern” in the illnesses.

“There is no long-term safety data on e-cigarettes,” said Rose Marie Robertson, the American Heart Association’s deputy chief science and medical officer. “However, there are decades of data for the safety of other nicotine replacement therapies.” Bad cholesterol, or low-density lipoproteins, was higher in sole e-cigarette users compared to nonsmokers.

Juul did not respond to a MarketWatch request for comment.

“The best option is to use FDA-approved methods to aid in smoking cessation, along with behavioral counseling,” said the study’s author Sana Majid, a postdoctoral fellow in vascular biology at the Boston University School of Medicine. The American Heart Association Tobacco Center for Regulatory Science provided research materials for the study, and it was funded by the National Heart, Lung, and Blood Institute and the FDA Center for Tobacco Products.

In a separate study to be released at the same conference this week, researchers analyzed heart blood flow, a measure of coronary vascular function, of 19 young-adult smokers (ages 24 to 32) immediately before and after smoking either e-cigarettes or tobacco cigarettes. They examined coronary vascular function while participants were at rest and after performing a hand-grip exercise to simulate physiologic stress.

These studies could be worrying news for e-cigarette users, especially those who are starting young.

There have been at least half a dozen vaping-related deaths reported in Illinois, Indiana, Kansas, Minnesota and Oregon and, most recently, California. At least 380 cases of the lung illness had been reported in 36 states and the U.S. Virgin Islands as of September, according to the Centers for Disease Control and Prevention.

This could be worrying news for e-cigarette users, especially those who are starting young. Nearly 28% of high schoolers and 11% of middle schoolers this year reported e-cigarette use within the past 30 days, a National Youth Tobacco Survey concluded. More than half of those current e-cigarette users said that Juul was their usual brand, according to the research, which was funded by the FDA and CDC.

Among many claims in a recent wrongful-termination lawsuit filed by a former Juul executive — Siddharth Breja, the company’s former senior vice president of finance — was the allegation that company leadership had known that mint-flavored pods would compensate for a lack of sales from other flavors. Juul announced last week that it would stop selling mint e-cigarettes; it previously said it would stop selling fruit and dessert flavors.

Juul previously told CNBC the company would “vigorously defend this lawsuit” and dismissed its allegations as “baseless.”

The CDC recommends that people should not purchase any type of e-cigarette or vaping, or products containing THC, off the street. “Since the specific compound or ingredient causing lung injury are not yet known, the only way to assure that you are not at risk while the investigation continues is to consider refraining from use of all e-cigarette or vaping products,” it said.

(Meera Jagannathan contributed to this story.)