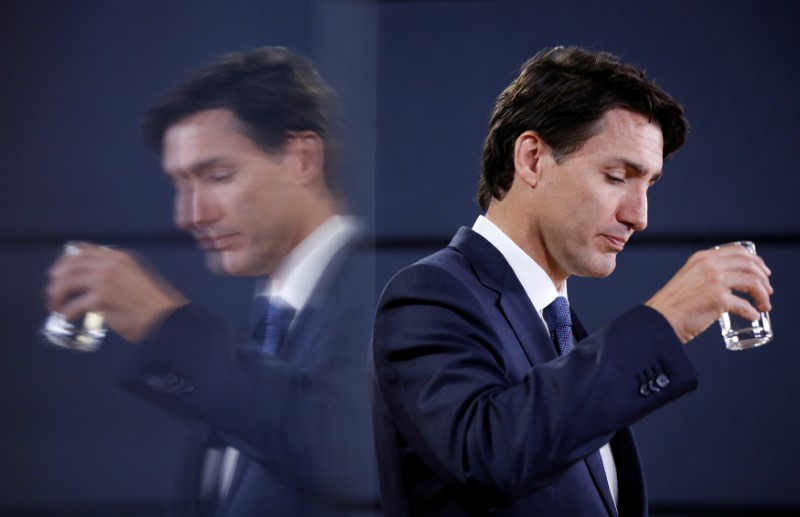 The petitions from BCE Inc., Rogers Communications Inc. and industry peers follows a decision by the Canadian Radio-television and Telecommunications Commission in August to reduce wholesale broadband prices that telcos charge to third-party service providers in a bid to boost competition, with the cuts applying retroactively to 2016.

“Restoring the pre-existing rates and maintaining the status quo will allow resellers to continue to grow and at the same time preserve incentives for network investment at a critical juncture in the investment cycle,” BCE said Wednesday in the petition to Trudeau’s cabinet.

Montreal-based BCE argues the decision has brought wholesale broadband rates to below the cost of service, undermining incentives to invest and offer new products at a time when the nation is already struggling to retain business spending. BCE even cited the decision by Encana Corp. — one of the country’s marquee energy companies — to move its headquarters to the U.S.

“It is not the first time that we raise investment concerns with government. But, the dramatic impact of these latest rate reductions raises our concern to a new level, especially when the investment situation is already difficult in Canada,” BCE said.

Brad Shaw, chief executive officer at Calgary-based Shaw Communications Inc., said in a statement the CRTC’s decision will “seriously affect” the company’s ability to expand into rural and remote communities and meet the demand of millions of families, “particularly as we enter the 5G era.”