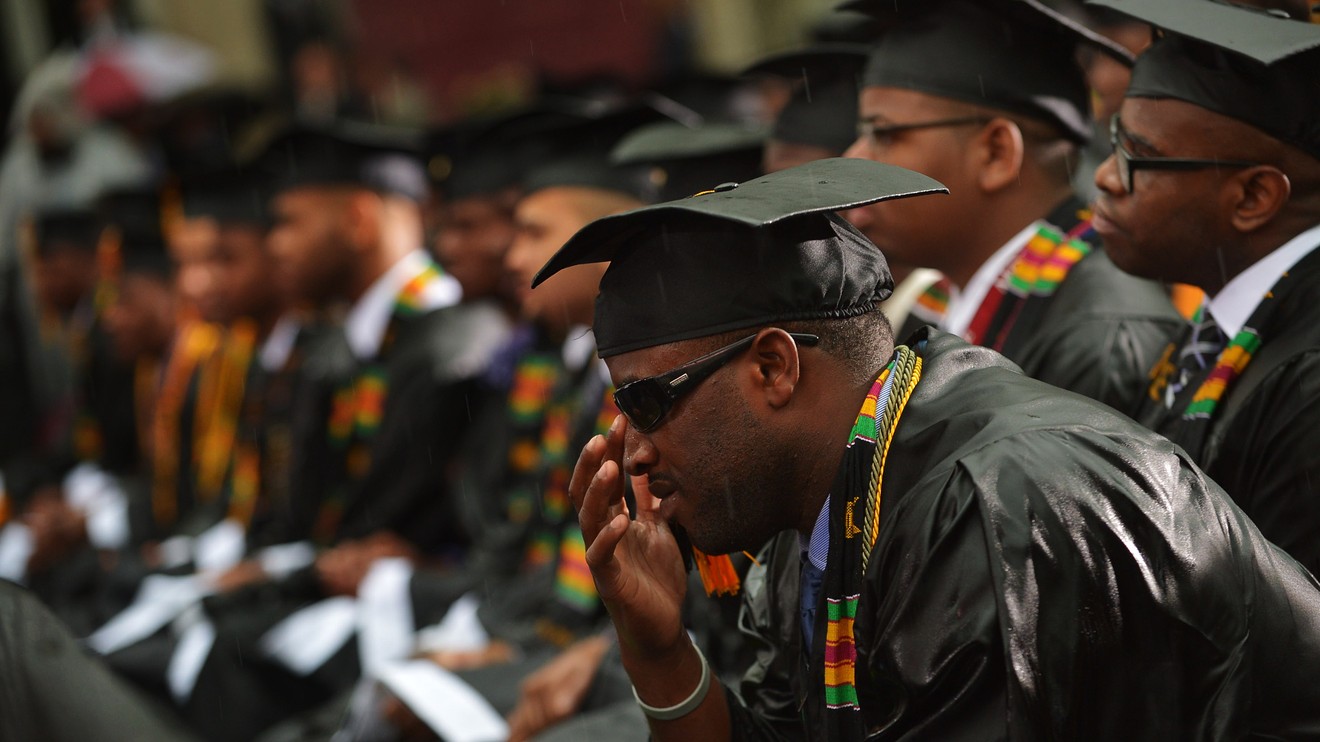 New research looks at the demographics behind default rates.

The country’s $1.5 trillion in student loan debt can weigh heavily on some borrowers, sidetracking plans for home ownership and stunting careers while they pay off loans.

That debt is especially burdensome for black borrowers, according to new data from the Federal Reserve Bank of New York that builds on the evidence showing high financial hurdles for minority students.

But what happens next is the matter of concern.

The researchers paired their student loan data with U.S. Census data on the racial makeup of ZIP codes to show that black borrowers are taking out loans and defaulting on them at higher rates than white borrowers.

Student loans allow many students to complete their schooling and launch their careers, the researchers wrote. “But it is important to recognize that a significant share of students who borrowed to finance their education, with a disproportionate fraction from majority-minority areas, are falling behind the repayment requirements, even in a historically strong labor market,” they added.

Other research has shown diverging outcomes years after college. Twelve years after entering college, white men have paid down 44% of their loan balance and white women have paid down 28%, while the balances for black women grow by an average of 13%, according to Demos, a left-leaning think tank.

Many black students need to take out loans because they don’t have the same access to family wealth, other researchers have pointed out. They’re also more likely to attend for-profit colleges, which tend to have worse outcomes.

Meanwhile, all students have to contend with constantly-climbing college costs. But many black workers aren’t scoring well-paid jobs in the same way that white workers are.

White, black and Hispanic workers all had improving chances at getting high-paying jobs between 1991 and 2016, according to a report from Georgetown University’s Center on Education and the Workforce and JPMorgan Chase & Co JPM, -0.51%

But white workers received a boost from “historical and systemic educational and economic advantages,” the findings said. “Discrimination and a history of racial injustice” have also given white workers the “disproportionate edge in educational opportunity and good jobs,” they added.

In May, businessman Robert F. Smith floored new graduates at the historically black Morehouse College by saying he’d pay off all their student loans. The pledge from the Vista Equity Partners chairman and CEO comes to $34 million. His generosity was jaw-dropping, some observers said — but it also put the disadvantages of so many other black students in stark relief.

The new Federal Reserve information on the disparities between white and black borrowers comes with the Federal Reserve Bank of New York’s quarterly report on household debt.

The overall debt load as of this year’s third quarter is $1.27 trillion more than the previous peak in household debt, which was 2008’s third quarter, just before the country’s descent into the Great Recession.