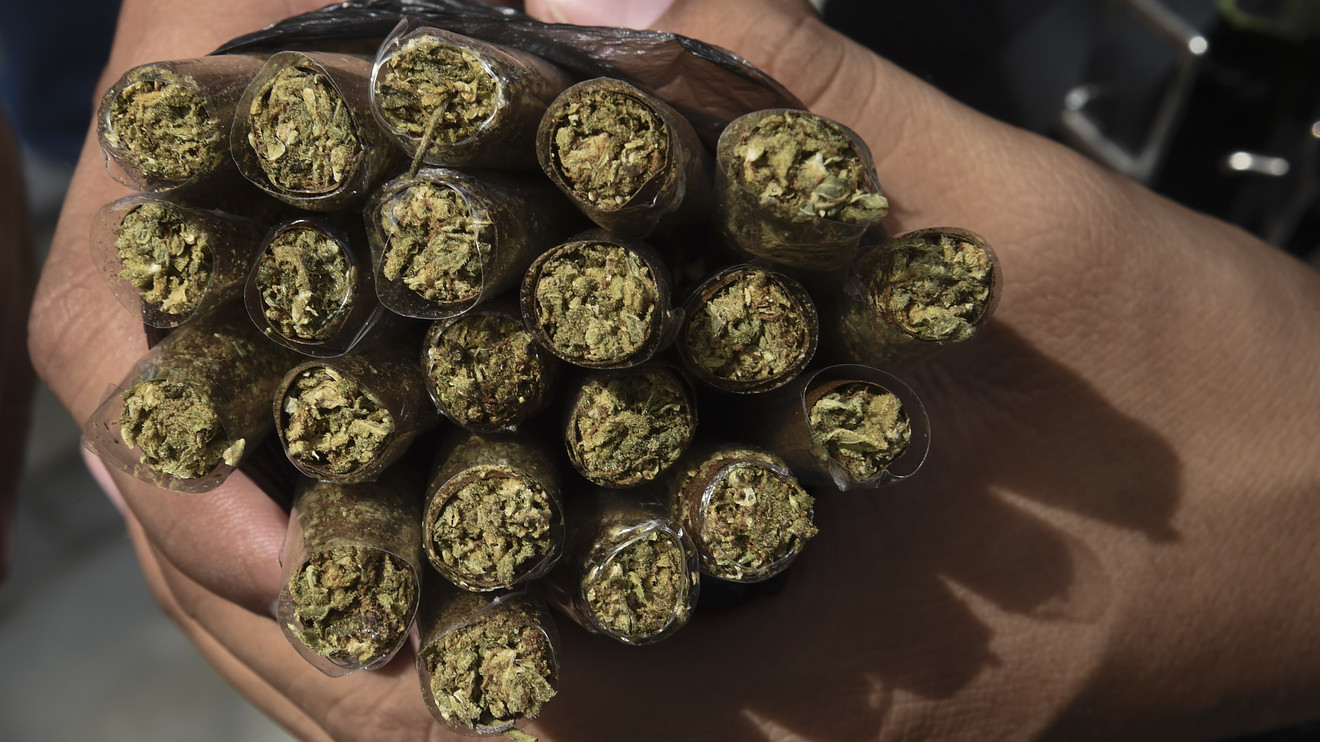 Cannabis stocks fell for a third straight session on Wednesday, as Tilray’s mixed third-quarter earnings failed to light a fire under the battered sector.

Tilray shares TLRY, -1.53%  slid 1.3% as analysts weighed in on its report with Benchmark analyst Mike Hickey slashing his price target in half to $40 from $80.

“We remain cautious on the Canadian regulatory construct, and expect on-going near term supply and distribution constraints,” the analyst wrote in a note to clients. He maintained his buy rating on Tilray stock.

We like Tilray’s strategy around: 1) entering the U.S. via hemp seed food products, which serves as a launch pad as regulations change; 2) cultivating in Portugal to service the European markets; and 3) being open to less capital intensive raw material sourcing,” Kirk wrote in a note to clients. The analyst has a neutral rating on Tilray stock, which has fallen 69% in 2019.

Read now: Tilray sells five times as much pot, thanks to European efforts and hemp acquisition

The note came after the company’s third-quarter earnings showed a profit, thanks to a one-time gain, but revenue that missed estimates. “To frame the small revenue figures another way: Cronos nearly earned as much in interest income (C$11.7mn) from the Altria cash as it generated from selling product (C$12.7mn),” he wrote in a note.

Canadian securities regulators announced Tuesday that they expect cannabis companies to strengthen corporate governance disclosures, including in instances where executives have holdings in companies that are acquired.

Read: Short sellers are increasing bets on cannabis stocks even after summer selloff

“As the market has expanded, many cannabis issuers and their directors and executive officers have participated in the financing of other cannabis issuers, resulting in higher than usual crossover of financial interests,” the Canadian Securities Administration said in a release.

The news comes after MarketWatch’s Max A. Cherney reported on a deal in which Cronos paid $300 million for CBD company Lord Jones which was partly owned by a fund co-founded by Cronos CEO Michael Gorenstein, and board member Jason Adler, giving them about 40% of the purchase price.

See also: Cannabis earnings: How much worse can it get for underperforming weed companies?

Charlotte’s Web shares CWBHF, -6.37% CWEB, -6.10% fell about 6%, after the company reported third-quarter earnings that showed it swung to a loss while revenue fell from the second quarter and we below estimates. The company said it had a net loss of $1.3 million, or 1 cent a share, after income of $1.8 million or 2 cents a share, in the year-earlier period. Revenue came to $25.1 million, up from $17.7 million. the FactSet consensus was for EPS of 5 cents and sales of $31.9 million.