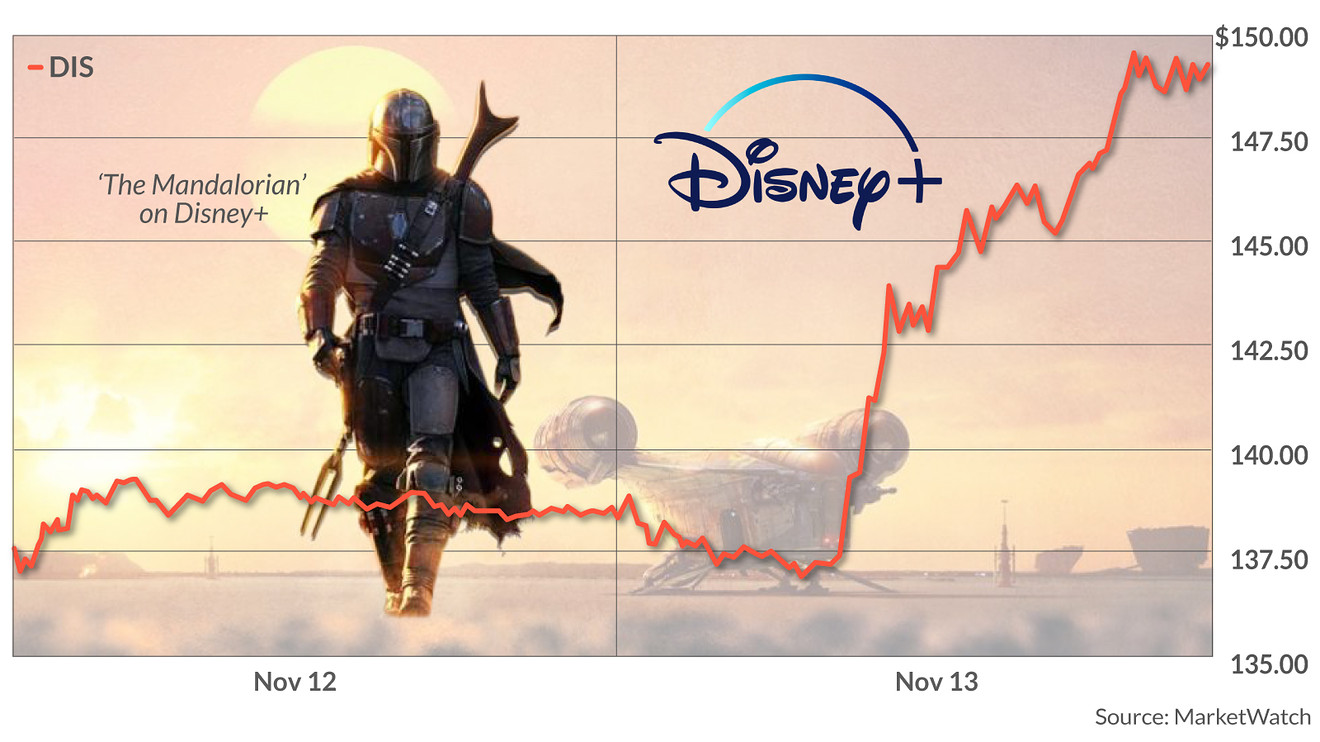 Walt Disney Co. stock rose to a record on Wednesday and notched its biggest one-day gain in seven months after news its newly launched Disney+ had attracted millions of subscribers in one day.

Disney stock was the best performer in the Dow Jones Industrial Average DJIA, +0.33%  and in the S&P 500 index SPX, +0.07%  on Wednesday. It was also the largest one-day increase for the shares since April 12.

Disney+, with its trove of Disney classics, princess movies, preteen treasures and of course successful franchises such as Star Wars and Marvel movies, has attracted 10 million subscribers one day after its debut, Disney said Wednesday.

That was “eye popping” and “considerably higher” than many on Wall Street expected, Dan Ives at Wedbush said in a note.

“This speaks to the 1-2 punch of success that (Disney Chief Executive Bob) Iger and Disney have coming out of the gate with unmatched content and a massive brand/distribution that makes the House of Mouse a legitimate streaming competitor on Day One” to Netflix Inc.

Disney’s goal of having 60 million to 90 million Disney+ subscribers in five years could be fast-forwarded by two years at this pace, he said.

Shares of Disney are up 32% this year, which compares with gains of around 23% and 19% for the S&P 500 and the Dow Jones Industrial Average in the same period.