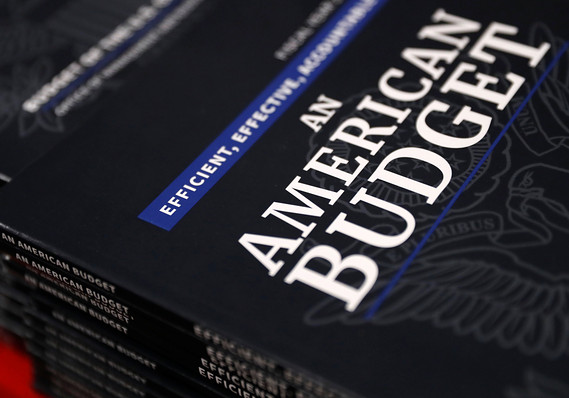 The U.S. budget deficit is expected to top $1 trillion in fiscal 2020.

The numbers: The federal government’s budget deficit in October rose 34% from a year earlier to $134.5 billion, putting the U.S. on course to top the $1 trillion mark in fiscal 2020 for the first time in eight years.

The government collected $7.8 billion in customs duties in October, up from $5.6 billion in the same month a year ago. These duties surged after the Trump administration imposed stiff tariffs on Chinese goods starting in mid-2018.

Big picture: U.S. budget deficits began increasing again in 2016 and have risen four straight years. A combination of large tax cuts in 2017 and higher federal spending is expected to push the deficit above $1 trillion in the current fiscal year that ends next September or nearly 5% of gross domestic product.

It’ll be the first time the deficit has topped the $1 trillion mark since 2012. Deficits topped $1 trillion for four straight years from 2009 to 2012 in the aftermath of the Great Recession.

Rising deficits typically lead to higher interest rates over time, but that hasn’t been the case for a long time. The 10-year Treasury yield TMUBMUSD10Y, -2.13% was little changed at 1.88%, an extremely low rate historically.