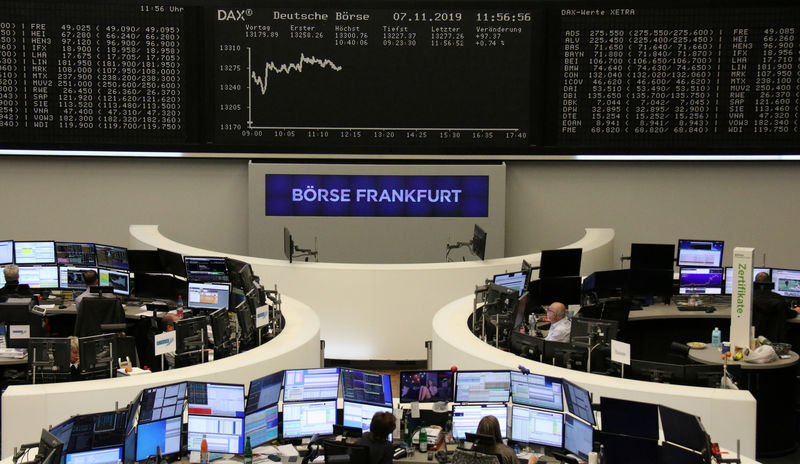 (Reuters) – European shares retreated from four-year highs on Wednesday, as a highly anticipated speech by U.S. President Donald Trump gave no new clues on the progress of a trade deal with China, and as anti-government protests in Hong Kong raged on, denting sentiment.

The pan-European STOXX 600 index () fell 0.2% after positive German investor sentiment data and a slew of upbeat earnings had helped it scale highs not seen since 2015 on Tuesday.

Banks () as well as trade sensitive auto () and mining sectors () were among the biggest decliners, along with media-related stocks ().

Satellite company SES (PA:) slumped after a JP Morgan downgrade to neutral, while German commercial broadcaster ProSiebenSat.1 (DE:) slid 2.5% after Italy’s Mediaset (MI:) said it could increase its stake in the German peer, but ruled out a full takeover.

Spanish stocks () led losses among regional peers as investors were doubtful of a new coalition between Socialists and far-left Unidas Podemos formed on Tuesday. The unexpectedly fast preliminary agreement was formed between two parties that recently refused to work together.