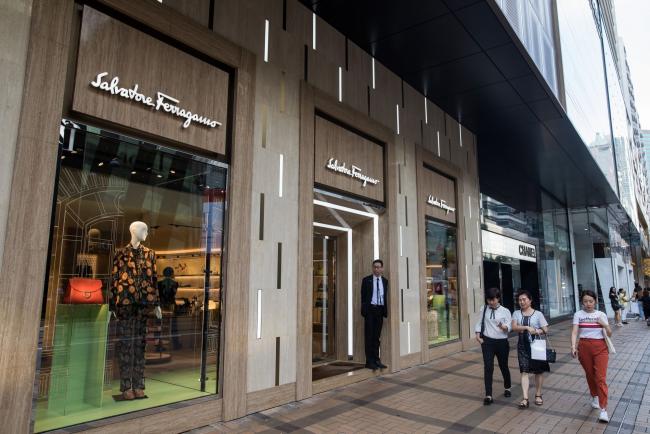 The decline at the Italian maker of leather pumps and silk scarves exceeded the impact estimated by some rival luxury companies. LVMH, the owner of Louis Vuitton and Givenchy, previously said sales in the territory fell 25% during the quarter, while Gucci owner Kering (PA:) reported a 35% drop.

Ferragamo offset the falling sales in Hong Kong with strong growth on the mainland, as China sales grew 15% excluding currency shifts in the first nine months of the year, the company said late Tuesday.

The stock rose as much as 3.5% in Milan trading on Wednesday. The management guided to a slight growth acceleration in the fourth quarter, according to Flavio Cereda, an analyst at Jefferies.

Cuts to value-added tax had already been encouraging Chinese shoppers to make more luxury purchases close to home rather than splashing out on shopping trips to Hong Kong and other tourist destinations.

The prolonged disruption is raising concerns about the territory’s future as a shopping destination. The city’s days as a luxury hub are numbered, according to Cereda, and brands are likely to rethink their presence there. Prada SpA is leading the exodus, planning to close its largest Hong Kong location in Causeway Bay after its lease expires next year.

Others are still saying they expect sales in the territory to bounce back. “It’s out of the question that we consider Hong Kong as something that may not be a strong business center in the years to come,” CFO Jean-Jacques Guiony said on a call with analysts last month. “They are undergoing some difficulties for the time being, but we are fully confident that at some point they will recover.”