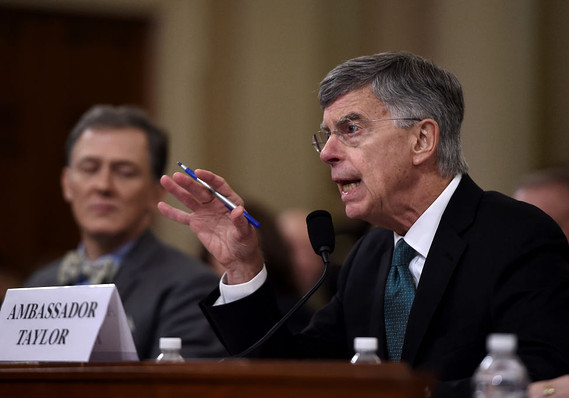 ‘William Taylor was a very impressive witness and was very damaging to the president.’

That is Fox News host Chris Wallace sharing his thoughts on the testimony delivered by Taylor, the top U.S. diplomat to Ukraine, who was getting grilled on Wednesday by the House Intelligence Committee.

Early on in the hearing, Taylor offered new information about Trump’s interest in having his political rivals investigate, saying Trump spoke with U.S. Ambassador to the European Union Gordon Sondland on July 26 about “the investigations.” That conversation came a day after Trump’s call with Ukrainian President Volodymyr Zelensky, in which Trump asked for probes of former VP Joe Biden and his son, and the 2016 presidential election in the U.S.

Here’s a glimpse of his opening statement:

“He is a pretty impressive presence up there. And, I think, very nonpolitical,” Wallace explained. “He went out of his way to talk about what he knew, what he was specifically testament to. The only thing he talked about was a strong feeling that it was in the U.S. national security interest to support Ukraine in the fight against Russia. But he certainly wasn’t taking any partisan position.”

Wallace said it doesn’t hurt Taylor has a voice like Edward R. Murrow.

Chris Wallace: “I think William Taylor was a very impressive witness and was very damaging to the president.” pic.twitter.com/QvCe5FEqL9

Check out our full coverage of Trump impeachment inquiry.