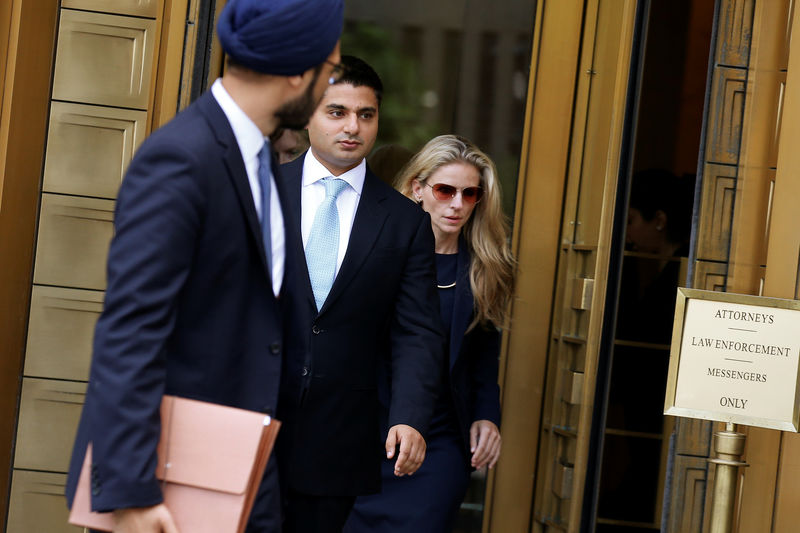 LONDON (Reuters) – A former top Citigroup (N:) trader, who was fired in 2014 but acquitted of foreign exchange-rigging charges after a trial in New York, told a London employment tribunal he was unfairly dismissed despite being in the “eye of the storm” at the time.

Rohan Ramchandani, who headed European spot forex trading, has already filed a $112 million-plus case against Citigroup in New York, alleging the bank framed him by making false and malicious statements to U.S. prosecutors after sacking him.

Citigroup, which has paid more than $2 billion in fines and civil settlements to date over forex allegations, says it will vigorously contest Ramchandani’s claims.

“Individual accountability continues to be important to Citi, and for that reason we are disputing Ramchandani’s request for compensation, reinstatement and re-engagement at the employment tribunal,” it said in a statement.

The former Citigroup veteran, who says he first heard of his dismissal when his manager phoned him on holiday in India, told the east London tribunal on Wednesday he had had no opportunity to explain potentially confusing or misleading electronic chats.

Ramchandani conceded that his name was bandied about in news reports in 2013 as British and U.S. authorities honed in on allegations of price-fixing in the $6.6 trillion-per-day currency markets.

But he told the tribunal: “I do not accept it was fair for me to put me on leave when the bank said there were issues about my chats (electronic communications).”

Ramchandani alleges he was fired without a disciplinary process and was given no right of appeal. The former trader, whose annual pay stood at around 1.0 million pounds, is seeking a pay-out of around 80,000 pounds ($102,000) and either his old job back or a comparable role.

But if the court agrees he should be reinstated or re-engaged in a different role, he is eligible for compensation equal to the pay and benefits he would have accrued if he had not been dismissed.

The former London-based trader was one of three who were members of electronic chatrooms in which dealers were alleged to have shared sensitive client order information.

A global investigation into alleged forex manipulation, that kicked off in 2013, resulted in some of the world’s biggest banks paying fines of more than $11 billion. Dozens of traders were fired.

Citibank, which says Britain’s Financial Conduct Authority (FCA) watchdog prohibited it from sharing information with Ramchandani about chats it had identified as concerning, has conceded that his dismissal was “procedurally unfair”.

But it alleges that senior managers “were clear that his conduct had precipitated an irreparable breakdown in trust and confidence”.