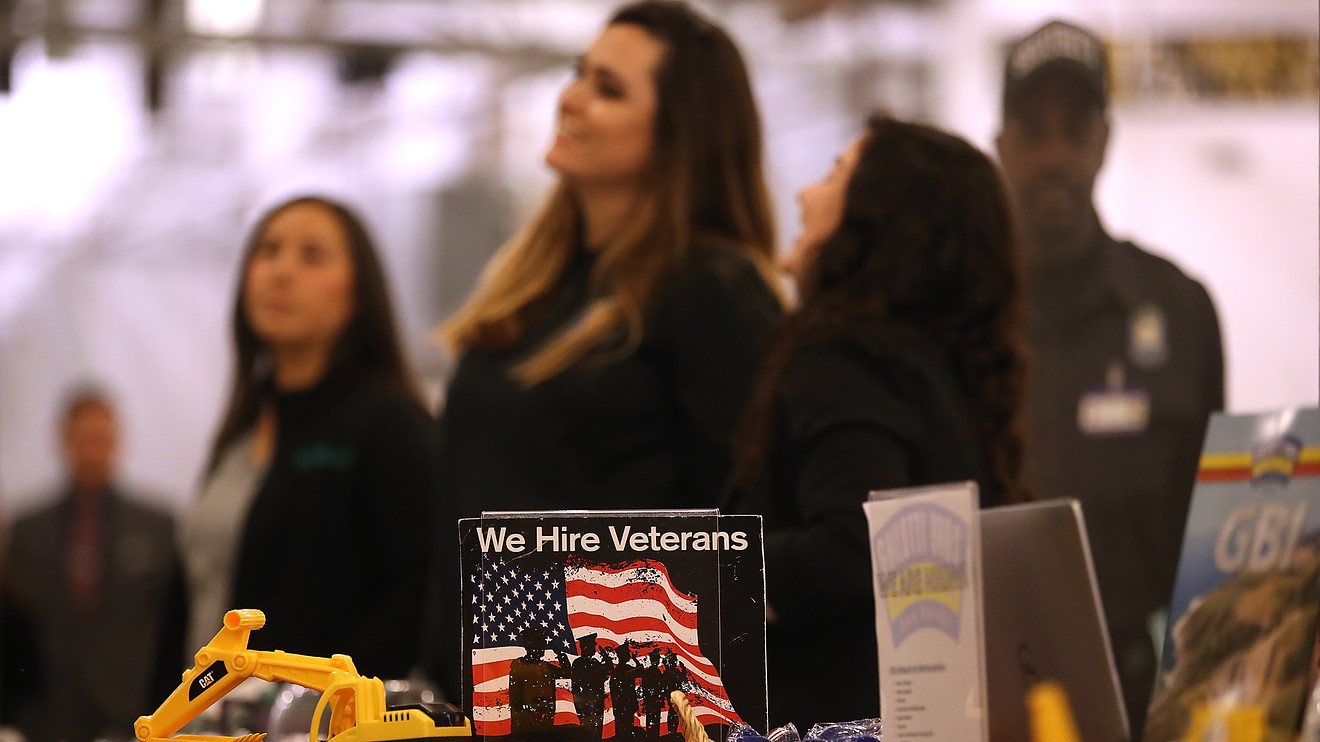 Thank a veteran — and while you’re at it, consider hiring or promoting one.

U.S. veterans represent a wealth of untapped talent, according to a recent LinkedIn report. While veterans’ unemployment rates hover below those of non-veterans, the report’s authors identify underemployment — that is, performing “work that doesn’t make full use of their skills or abilities” or lacking enough paid work — as a key barrier facing workers who separate from the military.

“The data suggests that when it comes to the corporate world, having a military background can get in the way,” said the report.

Veterans stick with their initial employers 8.3% longer than their non-veteran counterparts and are 39% more likely to get promoted earlier, according to the analysis of LinkedIn members who had obtained at least a bachelor’s degree. Veterans are far more likely than non-veterans to have at least a graduate degree, and veterans with bachelor’s degrees possess nearly three times as much work experience.

“Our data found that the connection between interest and actually hiring is not as linear as you’d expect,” the authors wrote.

What’s more, 38 of the top 50 industries employ veterans at lower rates than they do non-veterans, so veterans are often concentrated within a smaller group of industries. Industries including defense and space, airlines and aviation, government administration and utilities hire veterans more often, while industries like apparel and fashion, marketing and advertising, entertainment and restaurants hire them at lower rates.

The United States’ military veteran population totaled about 18 million in 2018, according to the U.S. Census Bureau.

The LinkedIn report zeroes in on a “civilian-military divide” — or a gap in understanding between people who have served in the military and those who haven’t — that can pose a communication barrier as veteran job-seekers try to describe their accomplishments. Exacerbating the problem is the fact that veterans are more likely to have other veterans in their networks when they begin transitioning to the workforce, while civilians largely lack ties to the veteran community.

“The probability of a hiring professional only recognizing a fraction of a veteran’s capabilities makes it more likely that they’ll be hired into a lower-paying job that’s below their skill level,” the report said.

Tim Best, the CEO of the military- and veteran-focused staffing firm Bradley-Morris and its subsidiary RecruitMilitary, said that veterans interviewing for jobs don’t always get credit for their full range of experience — despite many employers approaching the interaction with “all the right intentions.”

“If you’re an employer and you’re used to looking at resumes that have experiences with maybe competitors of yours or industries a lot like yours, you’re used to seeing lots of the same jargon,” Best, who served in the Army as an attack helicopter pilot, told MarketWatch. “When you see a military resume, the person might be a perfect fit, but you’re not going to see the things you’re used to seeing.”

Report co-author Sarah Roberts, who served in the Army and now serves as LinkedIn’s head of military and veteran programs, says the biggest challenge she faced in re-entering the workforce nearly a decade ago was “not only overcoming the uncertainty of how to find a job, but also finding the right job that aligned with my passion and experience.”

“The first transition was the hardest, but once I had that start and began to learn the language and adapt to the cultural differences, it became much easier,” she told MarketWatch in an email. “Growing and then leveraging my network was the most important thing I dedicated time to in my transition; every job that I got was because of someone in my network that reached back and offered their advice or network.”

If you’re a veteran looking for fulfilling work, here are some other steps you can take to avoid falling into the underemployment trap, according to Roberts and Best — or dig yourself out of it:

Do your due diligence. Research the company you’re interested in, its mission and potential growth opportunities for both the company and yourself, Best said. Envision where you want your career to be in three to five years: Do you see potential for that growth in this specific opportunity?

To bridge the civilian-military divide, find mentors who are part of the civilian workforce before transitioning, Roberts said. And during a job interview, use stories about your relevant military experience to illustrate how your skills fulfill each component of a job description, Best said.

If you are currently underemployed, “focus on networking,” Roberts said. “Just like you had to plan for any military mission, gather as much information as possible,” she said. “You can start doing this by building your network early and intentionally reaching out to leaders outside of your network who are already working in industries or jobs you are interested in or passionate about.”