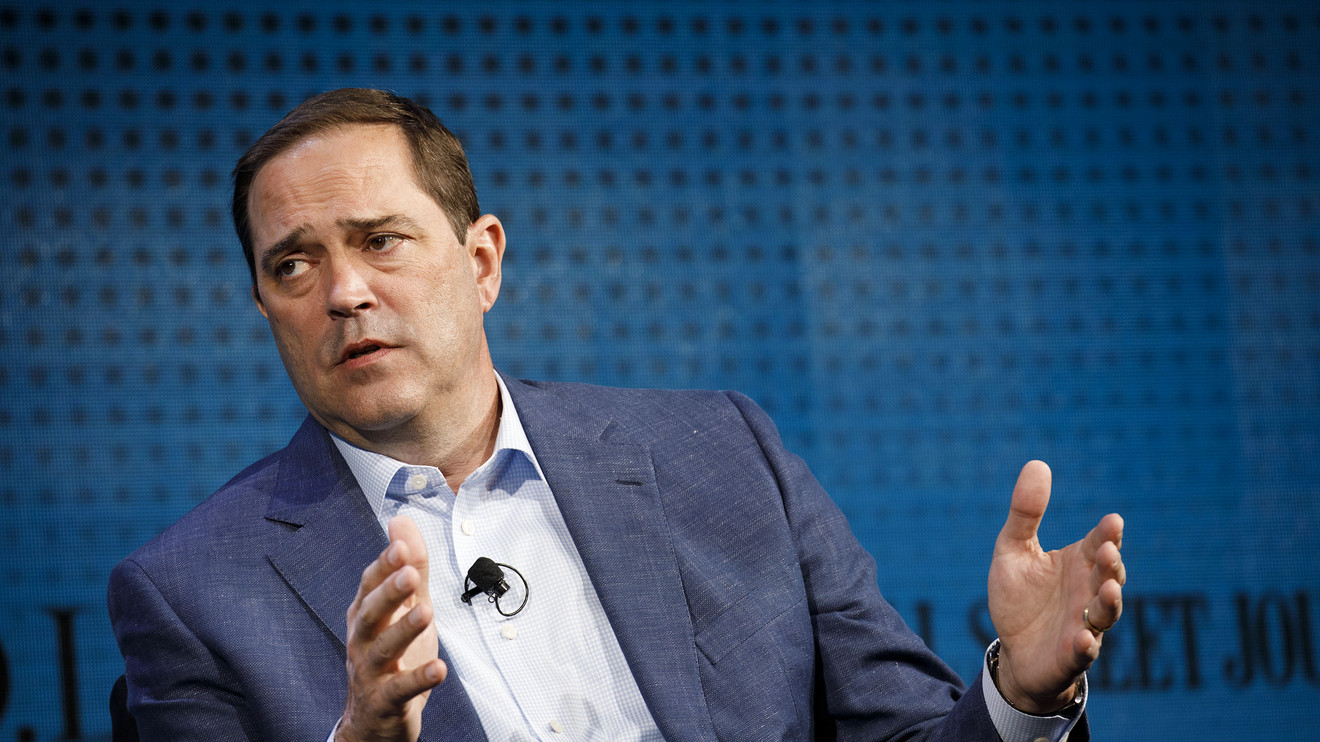 Cisco Systems Inc. sparked fears of a tech-spending slowdown with its last forecast. With its latest projections, it may have confirmed them.

Cisco CSCO, +0.19%   projected that revenue would decline by 5% or more in the current period when it reported quarterly earnings Wednesday afternoon, news that sent shares down by about the same percentage in after-hours trading. In a conference call and interview with MarketWatch, executives described a slowdown that had been confined to smaller parts of the market three months ago suddenly expanding into almost all corners of the world.

“It feels like there’s a bit of a pause,” Chief Executive Chuck Robbins said in the conference call. “We saw things like conversion rates on our pipeline were lower than normal, which says things didn’t close the way we have historically seen it. … It was really just stuff slipping. We saw some large deals get done, but got done smaller.”

In an interview with MarketWatch following the call, Chief Financial Officer Kelly Kramer said that large businesses were putting purchases through more review processes, meaning orders were taking longer to get done.

The insights provided Wednesday suggest that concerns are warranted, well beyond Cisco’s near-term future. Cisco has long been seen as a harbinger of potential macro problems for the tech ecosystem, as purchases of large networking equipment largely presage purchases of other equipment and software to use on new networks. A customer base of large companies and governments spread across the globe also make it a useful proxy for tech spending, and top executives have shown a longtime willingness to provide insights on their dealings with customers.

After saying three months ago that spending was slowing from telecommunications clients and emerging markets — especially China, which is not a huge market for Cisco — executives repeatedly described the slowdown as “broad-based.” Kramer told MarketWatch that growth declined in eight out of the top 10 countries in which Cisco sells, and the slowdown in Cisco’s Enterprise and Commercial businesses shows that some of the world’s largest companies are holding the pursestrings tighter heading into the end of the calendar year.

Corporate America is heading toward a new nadir in an earnings recession that could last the entire calendar year, and Cisco’s disclosures on Wednesday suggest that the decline is starting to show up in their willingness to spend, especially on large tech upgrades. Cisco will survive, and its push into more software will soften any blow, but other tech companies may not be so lucky.