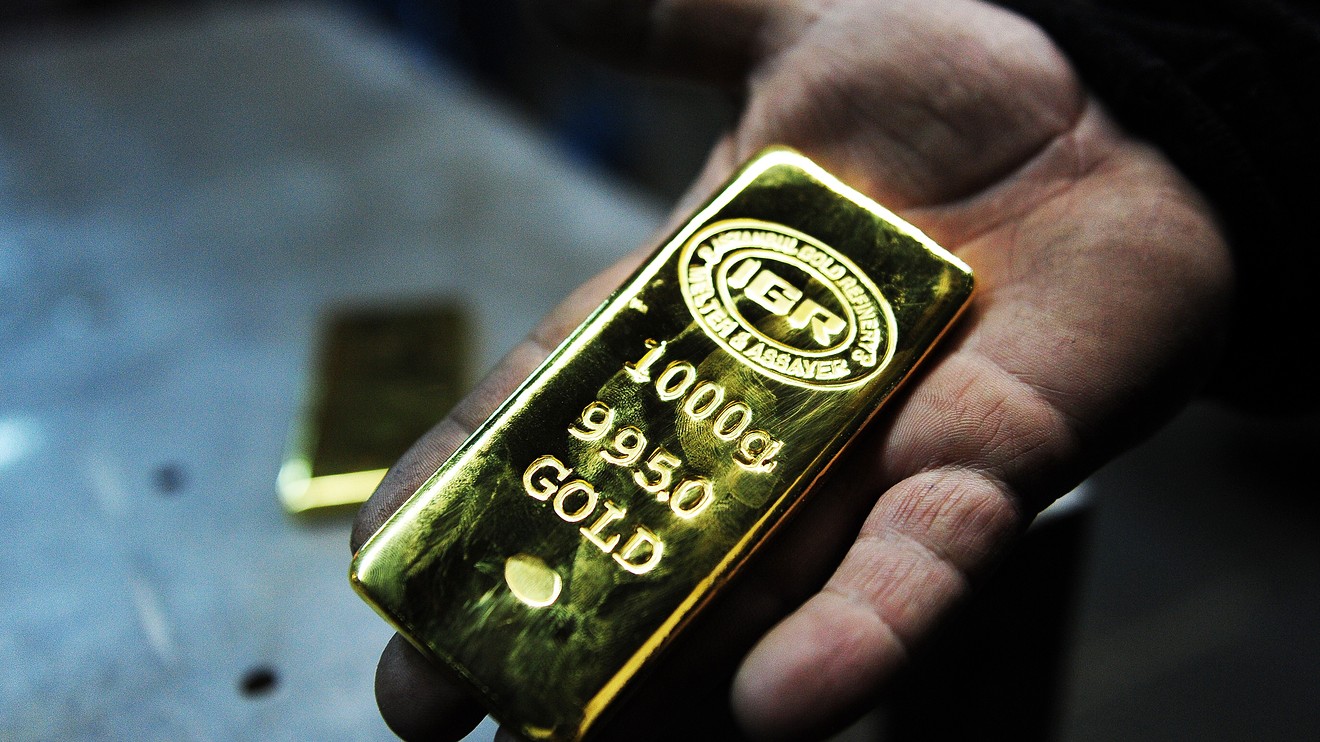 Gold prices climbed on Wednesday, poised to post their first gain in five sessions, as the U.S. stock market traded broadly lower amid uncertainty over the outlook for a U.S.-China trade deal.

Investors also looked to Federal Reserve Chairman Jerome Powell testimony before Congress. He is set to testify before lawmakers twice this week, with his first appearance coming at 11 a.m. Eastern before the Joint Economic Committee. In prepared remarks released before his appearance Powell reiterated that policy remained appropriate barring a material shift in the economic outlook.

Meanwhile, investors may also pay attention to House impeachment hearings set to get under way at 10 a.m. Eastern.

“Gold, however, remains below the bottom of the $1,480-$1,560/oz range that had prevailed in recent months, which suggests more of a pause than a turn in sentiment at this point,” he told MarketWatch in emailed comments. “Things could change depending on what happens at the Congressional hearings.”

“Precious metals are seeing some safe-haven demand at mid-week, along with some short covering in the futures markets following recent selling pressure,” said Jim Wyckoff, senior analyst at Kitco.com.

“Risk aversion is keener at mid-week following remarks made by President Trump in a speech in New York Tuesday,” he said, in a daily note. “The mercurial Trump appeared to suggest the U.S. is not so keen on removing its tariffs on Chinese imports.”

“However, “reports have said the Chinese are adamant that the U.S. tariffs must be removed to get a Phase 1 trade deal signed,” he explained. So “it should be not at all surprising that the marketplace’s perception of progress on the trade talks between the world’s two largest economies has down-ticked in recent days.”

Overall, “the trade talks’ progress or lack thereof has been a rollercoaster affair for the markets for many months,” said Wyckoff.

Gold and silver prices may also be seeing a safe-haven bid on Trump’s bashing of the Fed again in his remarks to economists in New York, he said. “Many feel Powell has and will continue to lean easy on U.S. monetary policy due in part to Trump’s berating of him and the Fed for not lowering interest rates more.” Lower interest rates may pressure the U.S. dollar and provide support for dollar-denominated gold prices.