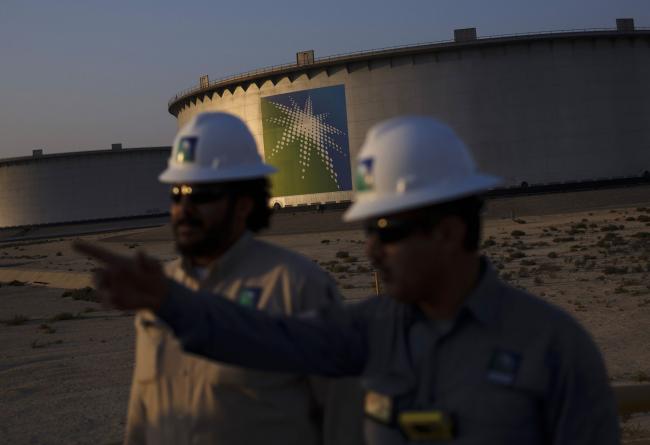 (Bloomberg) — Morgan Stanley (NYSE:) is one of the most bearish — and bullish — on Saudi Aramco’s valuation.

In a presentation for investors, Morgan Stanley bankers ran through several valuation models that gave a spread of about $1 trillion between the most bearish and bullish scenarios.

For example, based on a dividend discount model the spread ran from $1.06 trillion up to $2 trillion. The base case was $1.52 trillion, according to the presentation seen by Bloomberg. A spokesman for Morgan Stanley declined to comment.

Morgan Stanley isn’t alone in struggling to pinpoint exactly how much Aramco is worth. Valuation has been a sticking point since the IPO was first touted in 2016. Aramco faces a delicate balance as it seeks to push its IPO valuation as close as possible to Crown Prince Mohammed Bin Salman’s $2 trillion — a figure that’s been met with skepticism from many professional investors — while making sure it’s attractive to potential Saudi buyers.

Range of some of the banks with the IPO mandate:

Another Morgan Stanley scenario shows a valuation of between $1 trillion and $2.2 trillion, according to the presentation. A third model shows a range of $1.07 trillion and $2.5 trillion.

Among 16 banks that offered a valuation, the range in estimates ran from $1.1 trillion at the bottom right up to $2.5 trillion, a number that even the crown prince might find optimistic. The midpoint was $1.75 trillion, according to people who’ve reviewed all the research.

Ultimately, investors will decide. The price range for the IPO will be announced on Nov. 17 and bookbuilding for the offering will start the same day. Retail investors will have to bid at the top end of that range and the company will set the final price for all investors based on institutional investors’ book-building process that ends on Dec. 5.